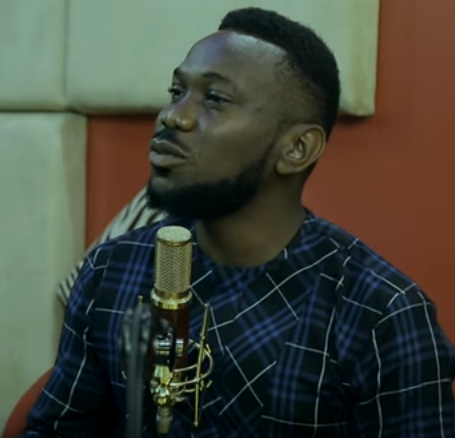 Video director, Leonard Chukwuemeka Chukwuleta, whose tweets trended when he reacted to the BBC's Sex For Grades documentary by sharing his own story, sat with LITV to discuss actions being taken to prosecute the lecturer. Leonard, the director of the Money Wives and Money Marriage, got a scholarship while he was studying Engineering in the University of Nigeria, UNN, but he lost it when his HOD refused to put his signature on a document that had to be presented to the benefactors in order for the scholarship to be renewed. He said the lecturer refused to sign because he didn't pay him some money first (read here). Recalling his experience to LITV, Leonard said that the HOD of the Faculty of Engineering in UNN, back in 2013, said to him: "When you got the first one, did you give me anything? He said he "thought it was a joke" but he discovered the lecturer was serious about not signing off on the document needed to process his scholarship. He said the company offering him the scholarship did their best and sent a representative from their office down to his faculty in UNN. He added that the representative got the attention of his dean who then called a meeting with him and then called his HOD after hearing from Leonard. Narrating how the meeting went, he said: "He (Dean) summoned my HOD. When he came in and he saw me and he hissed, that time I knew there was trouble, for him to have hissed in front of the dean. "My dean narrates to him that this is why I'm here – this is why he was summoned rather – and then he looks, 'Is this why you called me?' and then he hissed and walked out again. "My dean looks at me like, 'I've done my best oh' "The power dynamics I witnessed almost crippled me. I'm like, 'eh. If my dean cannot help me..' He's the faculty head, he's the head above every other person in the faculty." He continues: "The dean just tells me… You know, sounding very… Like, 'What can I do? Just go and beg him.' " Leonard's plea was met with threats from his HOD and he lost the scholarship. Now that his story has gone viral, he says a lawyer has reached out to him and an investigation is going to gather facts and prosecute the HOD. He told LITV: "It's worth mentioning that a lawyer has reached out to me and he's saying that he's going to take this head-on, and he has all the details – the university, the name of the lecturer… So, he's looking to push really hard and make sure that this lecturer is brought to book." When asked what male lecturers demand from male undergraduates since they rarely demand sex from them, Leonard said: "There's the popular one of sorting. They demand money from the guys." He added that it's commonplace for lecturers to ask male students to pay them in order to pass their courses. "It happens a lot. It happens a lot," the movie director said. He said though women are the common targets, male undergraduates also have to give something in order to be allowed to pass their courses. He pointed out that if a documentary is done on this issue, "the number will be staggering." He went on to point out that "What is happening is a power dynamics so they are just exploiting people that are of smaller stature in the society." He says this is why it's easier for lecturers to make demands on female undergraduates, knowing they will get away with it. He proceeded to advise female undergraduates to try to expose such lecturers by getting concrete evidence against them. He advised women being harrassed by lecturers to try to get audio or video evidence so they can prosecute these lecturers in court, because, without evidence, it's easier for the abusers to go free. He continued: "There's a statement that we hear in school and we all joke about it. In all honesty, that needs to be addressed. You know, when a lecturer walks in and says "A is for God, B is for the lecturer… And then we joke about it and we think it's normal… "How on earth are you glorying in the fact that people are not going to understand or pass your course? It makes no sense at all. "Any lecturer that says this should be brought before the University Senate and tried. "Any person that is under the leadership of such a person will suffer – guy, girl, whatever you are – you would just suffer." Watch the rest of the interview in the video below.         View this post on Instagram         #SexForGrades: Film director reveals UNN lecturer who made him lose scholarship is being investigated and could be prosecuted. . . Leonard Chukwuleta, whose story went viral when he narrated how his HOD in UNN caused him to lose a scholarship because he didn't "settle" him with money, has disclosed to LITV that the HOD is being investigated and he is likely to be prosecuted. . . He added that while lecturers demand sex from female undergraduates, they also make demands of male undergraduates. . . He also spoke about actions students can take to ensure they expose any lecturer who tries to victimize them. . . Head over to LITV's YouTube channel to watch the full interview.A post shared by Lindaikejiblog (@lindaikejiblogofficial) on Oct 30, 2019 at 4:35am PDT The post #SexForGrades: Film director reveals UNN lecturer who made him lose scholarship is being investigated and could be prosecuted (Exclusive LITV video) appeared first on Linda Ikeji Blog.