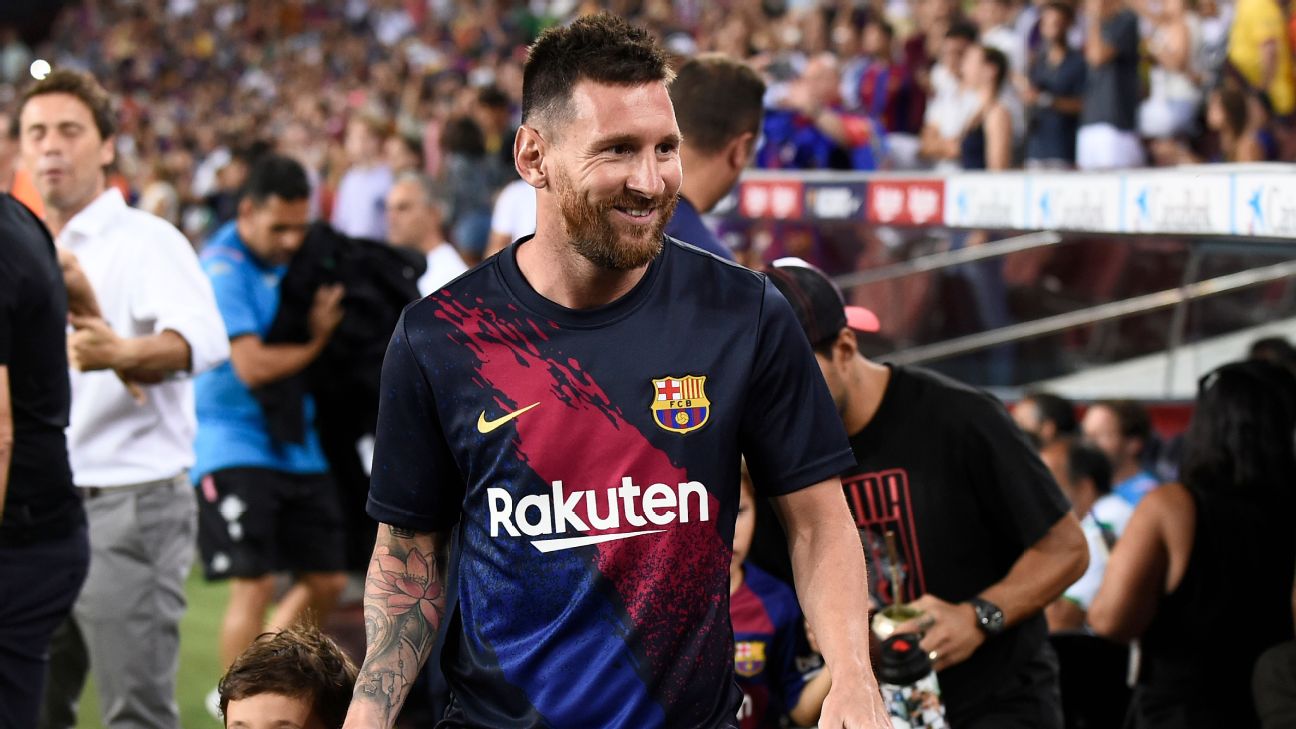 Julien Laurens reads between the lines of Lionel Messi's latest comments on Neymar after Barcelona failed to bring back the Brazil star this summer.

ESPN FC's Shaka Hislop explains how Lionel Messi could add to his already historic career by reuniting with Pep Guardiola at Man City.

Lionel Messi explains whether or not he'd like to remain at Barcelona, after news his contract reportedly allows him to leave this summer on a free.

Lionel Messi said he would've "loved to have Neymar back" after Barcelona failed to sign the Brazilian star from Paris Saint-Germain.

Lionel Messi explains his thoughts on Ousmane Dembele's move to Barcelona and hopes he can remain fit this season.
Lionel Messi handed Barcelona a fitness boost on Sunday as he returned to full training ahead of Tuesday's Champions League opener against Borussia Dortmund in Germany, a source has told ESPN FC.

The source also revealed that Messi took part in a mini-game with his teammates on Friday, too. The Argentine wasn't present for the 15 minutes which were open to the media, but did emerge afterwards as he stepped up his recovery from a calf injury.

Glee Hotel has debunked the news of having popular singer, Dbanj’s alleged rape victim on their guest list on 2018. Recall, D’banj is said to have raped a lady inside one of the rooms in the hotel where the girl lodged. He’s said to have […]

The National Bureau of Statistics (NBS) has announced that its recent survey revealed that 42 percent of Nigerians have lost their jobs due to the Coronavirus disease (COVID-19) pandemic. The Bureau said the study was conducted between April to May 2020, during the time when the index case […]