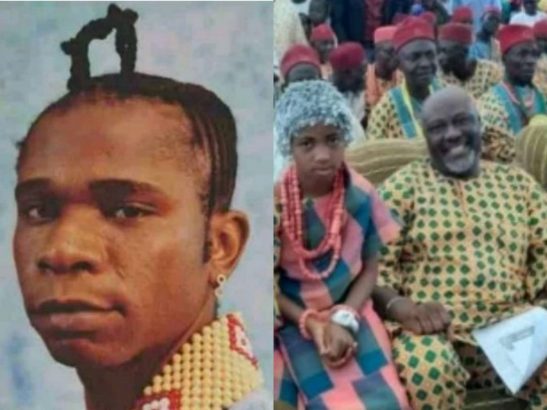 Speed Darlington embarrasses Nigerian politician, a Senator and member of the 8th National Assembly, Dino Melaye over an incident that went down during a ceremony in Okun community in Kogi state.

”My Aiyegun wife given to me today. Cultural joke. Great tradition of the Okun people. Lol”.

His post didnt sit well with Speed Darling who found the joke distasteful and called the politician out on his IG page.

This is the second time I’m posting this and you may hate me if you like but I need to free my spirit. They say you can gauge a person mental place based on the things he laughs at. In Nigeria pedophilia is tolerated but we don’t tolerate abortion. You see how my people think? It’s okey to have a baby wife but turns around and tell a woman what to do with her body? #PAP2023 marriage to a person under 17 years old is pure crime ?

Only pedophiles see joke here. The kind of things you laugh at is how we know what you like in real life.