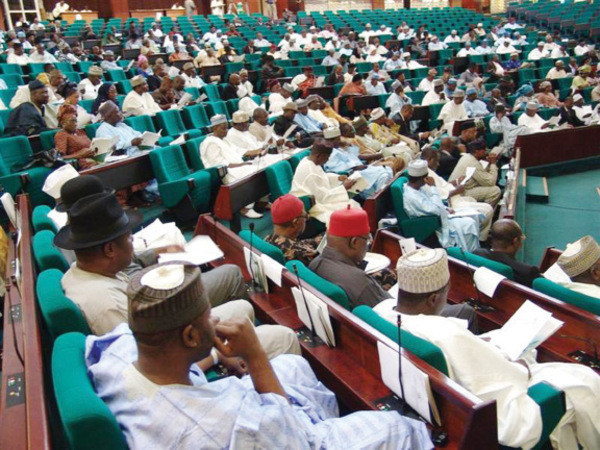 The House of Representatives has asked the Central Bank of Nigeria CBN to suspend the charges imposed on cash deposits in the implementation of its cashless policy. The order for the suspension of the policy was issued during plenary today eptember 19th. Recall that in a circular released on Tuesday September 17th, the CBN directed all deposit money banks in the country to charge 3% processing fees for withdrawals and 2% for deposits of amounts above N500,000 for individual accounts. The apex bank also directed that all corporate account holders will be charged 5% processing fees for withdrawals and 3% for deposits of amounts above N3 million. At the plenary session today, the lawmakers said the policy, if allowed, will lead to a significant decrease in credit extension by Nigerian money deposit banks. The lawmakers also said the policy will have negative impacts on small and medium enterprises “which are clearly the engine room for growth of the economy”. Calls for the suspension was contained in a motion unanimously adopted during Thursday’s plenary, which was moved by Chairman of the House Committee on Media and Public Affairs, Benjamin Kalu. The motion was entitled, ‘Need to Suspend the Implementation of the Cashless Policy on Deposits by the Central Bank of Nigeria.’ Adopting the motion, the lawmakers resolved to urge the CBN to “suspend the implementation of the cashless policy on deposits which has taken effect from Wednesday, 18th September, 2019, until appropriate and extensive consultative process is concluded.” They also resolved to mandate the House Committee on Banking and Currency to interface with the CBN to “ascertain the propriety, relevance and the actual need for the implementation of that aspect of the cashless policy at this time, considering the prevailing economic situation of the country and to report back to the House within four weeks.” The post Suspend your cashless policy now- House of Representatives tell CBN appeared first on Linda Ikeji Blog.