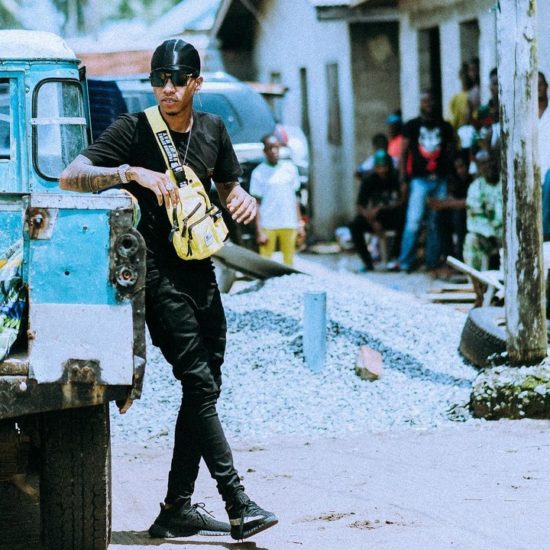 Nigerian pop artiste, Augustine Kelechi, popularly known as Tekno, has apologised for the display of strippers in a truck around Lekki-Ikoyi link bridge on Friday night.

The video clip, which has gone viral on social media, shows some girls in lingerie dancing around a pole in a truck.

Tekno apologised to Nigerians for the act showing the girls dancing seductively in the traffic.

In an Instagram post on Sunday, the 26-year-old singer said that the incident was a video shoot, not an advert for a strip club.

“Hi Everyone, please I will like to clear the air about the situation of videos going round of girls in a truck dancing around Lekki or Victoria Island.

“First of, there was no reason for us to be dancing in a Truck around Lekki. There was no music, no ventilation in the truck. We were shooting a music video, and we had shortage of vehicles to convey people to the next location, because some of the cars broke down in between the shoot, which we divided ourselves into various vehicle because we had been shooting all day and having fun which we then moved to the next location.

“However, this was about 12am at mid-night already. This was no form of advert for a strip club or dancing naked on the streets for any type of reason.

“In addition, we respect the decency of Lagos and as much as we are entertainers we are always mindful of what we have and don’t jeopardise it. That’s why we enjoy shooting our videos in Lagos. As we all know its a Centre of Excellence and also the Centre of Entertainment.

“We sincerely apologise if some people saw this or felt offended by the scenery they saw. It was never intent,” Tekno said.

Warri pastor invited for family deliverance in Anambra, dies in his sleep

A pastor who was invited by an Anambra-based family to conduct a special deliverance on them, died in his sleep hours before the exercise. It was gathered that the pastor was invited into Anambra from Warri, Delta State. Confirming the incident to newsmen, the spokesperson of the state police […]