Single-board computer (SBC) maker Axiomtek unveiled its latest design dubbed CAPA13R. The 3.5-inch SBC has a form factor comparable to a Raspberry Pi board. However, the CAPA13R comes embedded with an AMD Ryzen APU. Source link No related posts.

Former Big Brother Nigeria housemate, Omashola has dropped a controversial comment on social media that is currently sparking reactions. The reality TV star in his comment pointed out that nothing makes a woman more confused than being in a relationship with a broke guy who […] 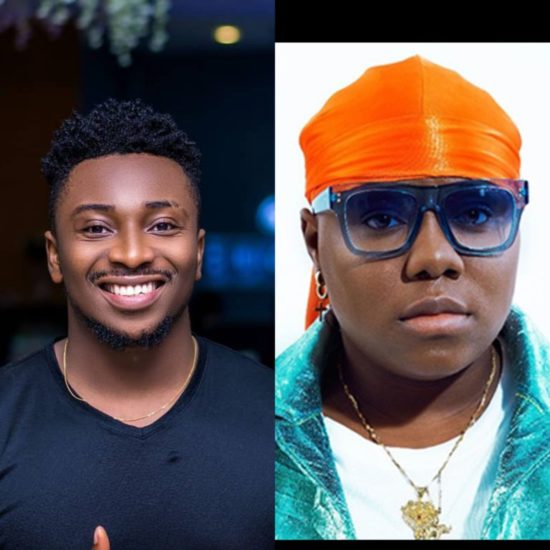 Teni Entertainment made her acting debut when she featured in a new production alongside BBNaija 2019 star, Sir Dee.

Although her role in the film is yet to be revealed, Teni made her debut alongside BBNaija 2019 Pepper Dem star, Sir Dee.

The musician and the reality TV show got their acting experience when joined on the film set by Toyin Abraham, Chinedu Ikedieze, Odunlade Adekola, and Hafeez Oyetoro on the set of ‘Dear Affy’. 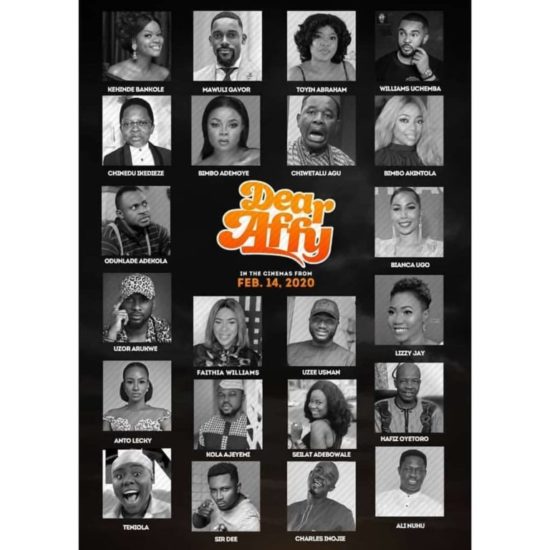 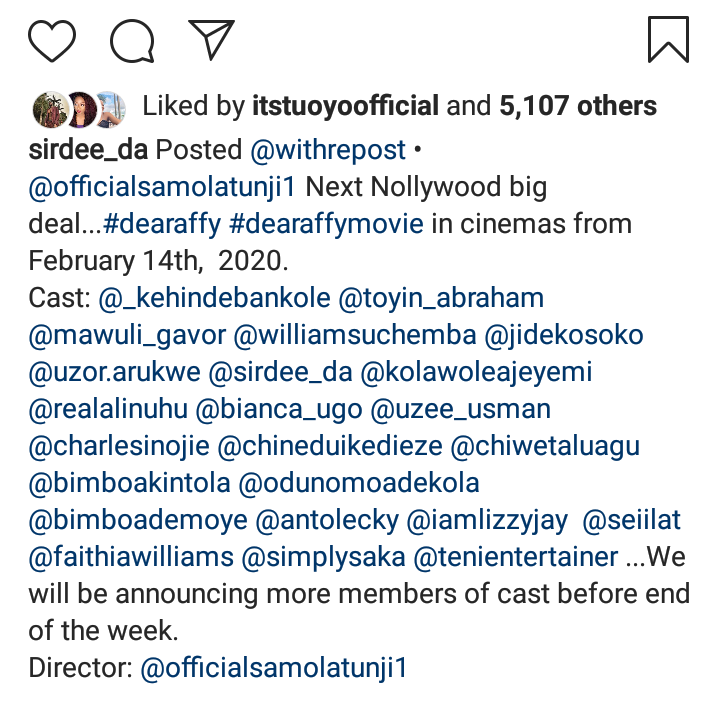 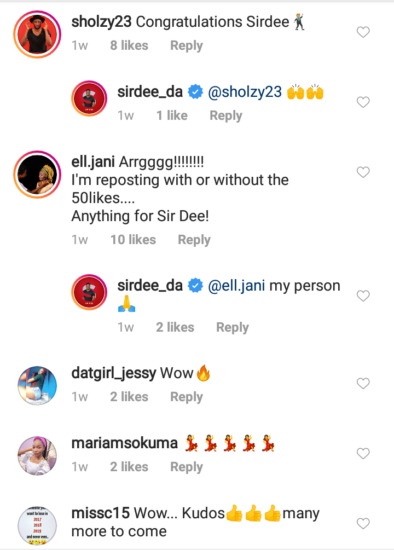 Directed by Samuel Olatunji, ‘Dear Affy’ tells the story of an organized, female art enthusiast, about to marry the man of her dreams but life suddenly scuttles her well-laid out plans as she accidentally ‘falls’ pregnant. She embarks on a challenging mission to locate who the father of the unborn baby is since she and her fiance have chosen celibacy while courting.

Speaking on the film, Olatunji said, “Dear Affy is an ambitious project, we want to tell a different kind of Nollywood story, we want to be very professional and excellent in our doing, we want to provide 100% entertainment and unpredictable story at the cinema and we have cast of who-is-who that can deliver the perfect performance.”
Speaking further, Olatunji targets a record of N500 million for the film when it opens in cinemas. “We are not stopping there, we have dreams, we have ambitions, we believe Nigeria is a place where dreams are possible, we have dreams and believe Dear Affy will be the first Nollywood movie to hit N500Million at the Box Office. We have had people tell us it is an impossible dream because of the gigantic nature of the dream but that won’t stop us, the guys from Hollywood who make as much in Nigeria don’t have two heads and we believe in this dream,” he said.
‘Dear Affy’ also features Mawuli Gavor, Charles Inojie, Kehinde Bankole, Bimbo Ademoye, Chiwetalu Agu, Jide Kosoko, Bimbo Akintola, Williams Uchemba, Deyemi Okanlawon, Kolawole Ajeyemi, Ali Nuhu, Uzee Usman, Lizzy Jay, Anto Lecky, and Uzor Arukwe.

The film is scheduled for a cinema release on February 14, 2020.

Teenager kills her husband for trying to have sex with her; says she had no idea sex is a marital obligation

A 17-year-old wife accused of killing her husband as he tried to have sex with her in Bauchi has said she had no idea sex is a marital obligation, so she thought her husband was trying to defile her. Salma Hassan, a resident of Itas-Gadau, […]

Dr Osagie Ehanire has said that 70 percent of Nigerians that have died from the novel Coronavirus in the country are persons with hypertension, diabetes, kidney disease, HIV, cancer, and tuberculosis. He stated this during the briefing of the Presidential Task Force on COVID -19 on […]