40 health workers discharged in Kano after recovering from Coronavirus

40 out of 50 doctors and health workers that got infected with COVID-19 at Aminu Kano Teaching Hospital in Kano state, have been discharged after recovering from the disease.  Chief Medical Director of the hospital, Abdurrahman Sheshe made the announcement while receiving donations of some hospital consumables and […]

Asus recently invited some of the world’s top overclocking enthusiasts to have a go at pushing Intel’s new Core i9-10900K to the limits. Source link No related posts.

Award-winning singer, Davido has announced that his 2017 smash hit, “Fall” has been certified Gold in Canada. The “Risky” singer shared a screenshot of the message his manager, Asa Asika received from a Sony Music executive informing them of the news. For a single to […] 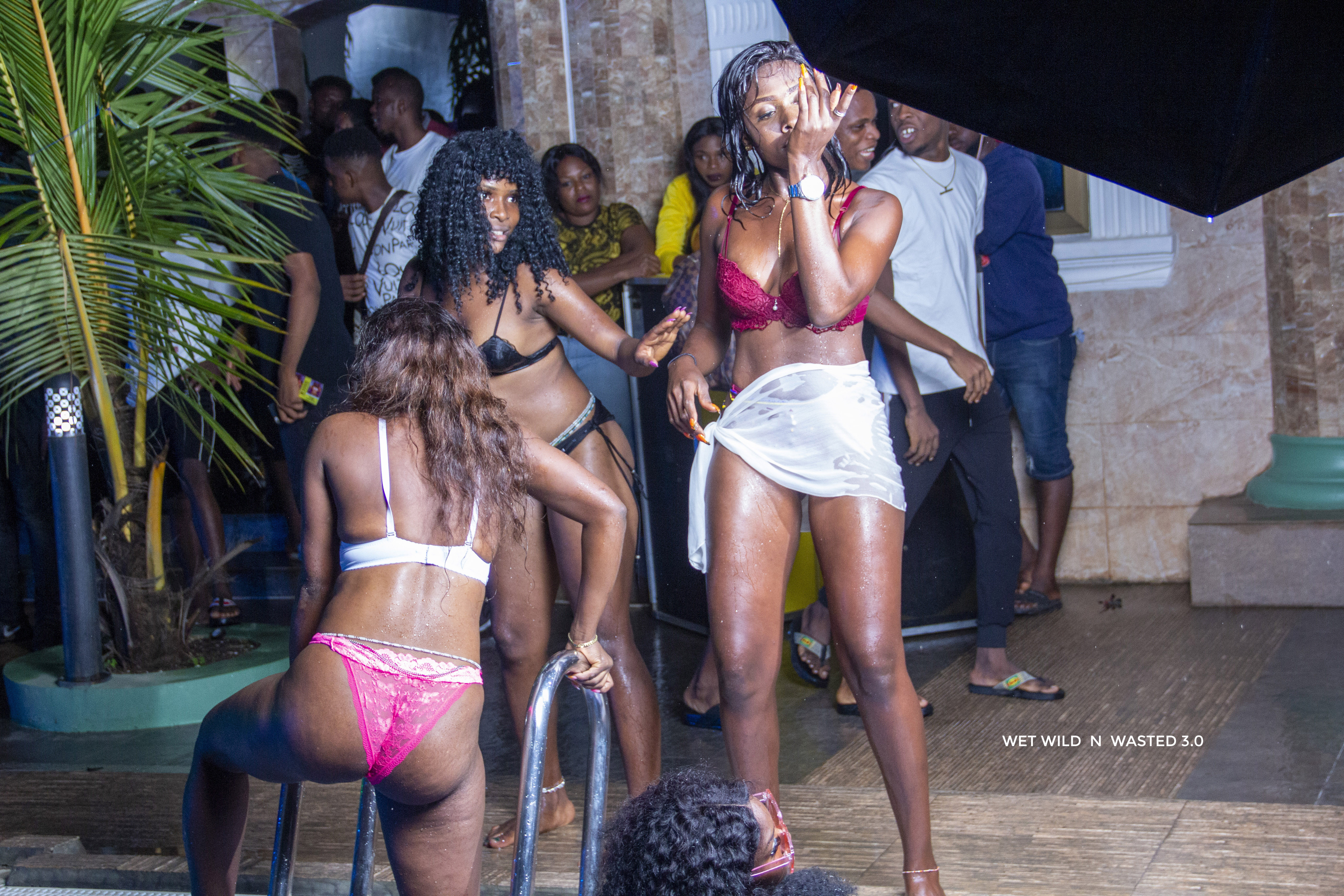 This party was expected to provide fun, it lived up to that expectation, but it overstepped its boundaries. It exceeded partying, that mere constellation of noise, band and jams. What DJ Val and his cohorts brought to Awka became a legendary commemoration: an intensive festival of good music, laughter and enjoyment.The enjoyment was marked with love and perhaps it began with Oxlade’s spirited display. The entertaining artiste, in the middle of his performance, ordered Fireboy to the stage as they hugged the crowd into a frantic shouting. That was love, a joyous affection that quickly spread to the audience as the two gifted musicians performed a song titled Sing together.This happy atmosphere was marked with a dramatic sequence that occurred while Oxlade sang his acclaimed track Sugar. Obviously elated, her face flushed with irrepressible admiration, a lady waltzed unto the stage, throwing her buttocks to Oxlade’s groin, rocking the young musician to stupor.For a night repeatedly confirmed to have achieved more than it set out to, one of the characteristics that made it do so was consistency. This quality ensured that even as a motivated performer takes his leave, an equally excited one takes over, keeping the audience on their toes, giving them excess enjoyment.That was exactly what DNA twins offered with their appearance: energy. DNA twins aroused the party. They made sure no one pressed their phones because by aspiring all available waist to a vigorous exercise, men and women were kept busy shouting, dancing, laughing. The Twins walked around the pool as they performed, dramatizing their show, bringing it to epic zenith when they plunged into the pool, drawing so many of the audience into same act and at the moment, everyone became a performer.And then Fireboy took the stage, singing, but more like asking: “what if I say, make you come chill with me in my place.” But the audience took over from him, they sang along, melodiously, their voice rising to high heaven with a spirit of community, making the gathering seem like one big ritual. Yet the sharp guys around, wise and fast to understand the agency of the hit track’s lyric, employed the lines, in cunning disguise, to woo whatever women around them. Again, ‘what if I say, make you come chill with me in my place, when you go fit come, maybe this Friday’. We can agree without further ado, that any lady in that party, enmeshed in the moment’s numbing grasp, will definitely say yes. Fireboy set such atmosphere, DJ Val by his beautiful convention, made it possible.But he was not done, Fireboy, that emancipating singer who frees you from the hold of life worries and struggles. By the time he opened his mouth to sing and perform Jealous, it was so good the crowd demand he sing it again; so wonderful that the audience becoming backup singers, terrorized the city of Awka that night, keeping innocent men and women awake, making everyone within earshot compelled party attenders.Yet the power of such nights cannot possibly reside on few men, but through the collective offerings of diverse talents: Rhatti, NunoZigi, Will and YGB. Entertaining in their own capacities, through their diverse music genres, one wonders if there was a careful selection of artistes present that night, meticulously picked to ensure the frequency of liveliness that occupied the party.The numerous DJ’s took the partiers on a time travel, riding them from time immemorial to present, changing songs in crazily creative manners, alternating songs of different altitudes, making even the worst of all dancers to go into a lizard-like nodding spree. DJ Donzilly, DJ Share, DJ Feelingx, DJ Breezy, DJ Murphy did their thing, digging hands on their turntables and laptops, feeding the crowded partiers that one thing that satisfies the soul: music.But the buck stops at the table of DJ Val. He put on an electric performance, conducting the crowd to frenzy, killing the right song at the right time, putting another at the order of his fast fingers skillfully commanding his disc jockeying tools. At a point, spurred by the rapturous atmosphere, he threw money into the crowd and the party entered its fourth gear of cacophonous madness.Yet despite the magical show he put up, it may pale in comparison to the true element that distinguished DJ Val about the night: his incredible ability to convene such unforgettable party. Event packaged by OscarWhylle entertainment, presented by Black Sheep Entertainment; named Wet, Wild and Wasted: everything about its presentation and naming best describes it. Held by the pool, it was wet; defined by its crazy moments, it was wild; and although the attenders didn’t waste their time coming to such occasion, they were wasted by time the party was over.#DJVAL #BLACKSHEEPENTERTAINMENT #OSCARWHYLLE 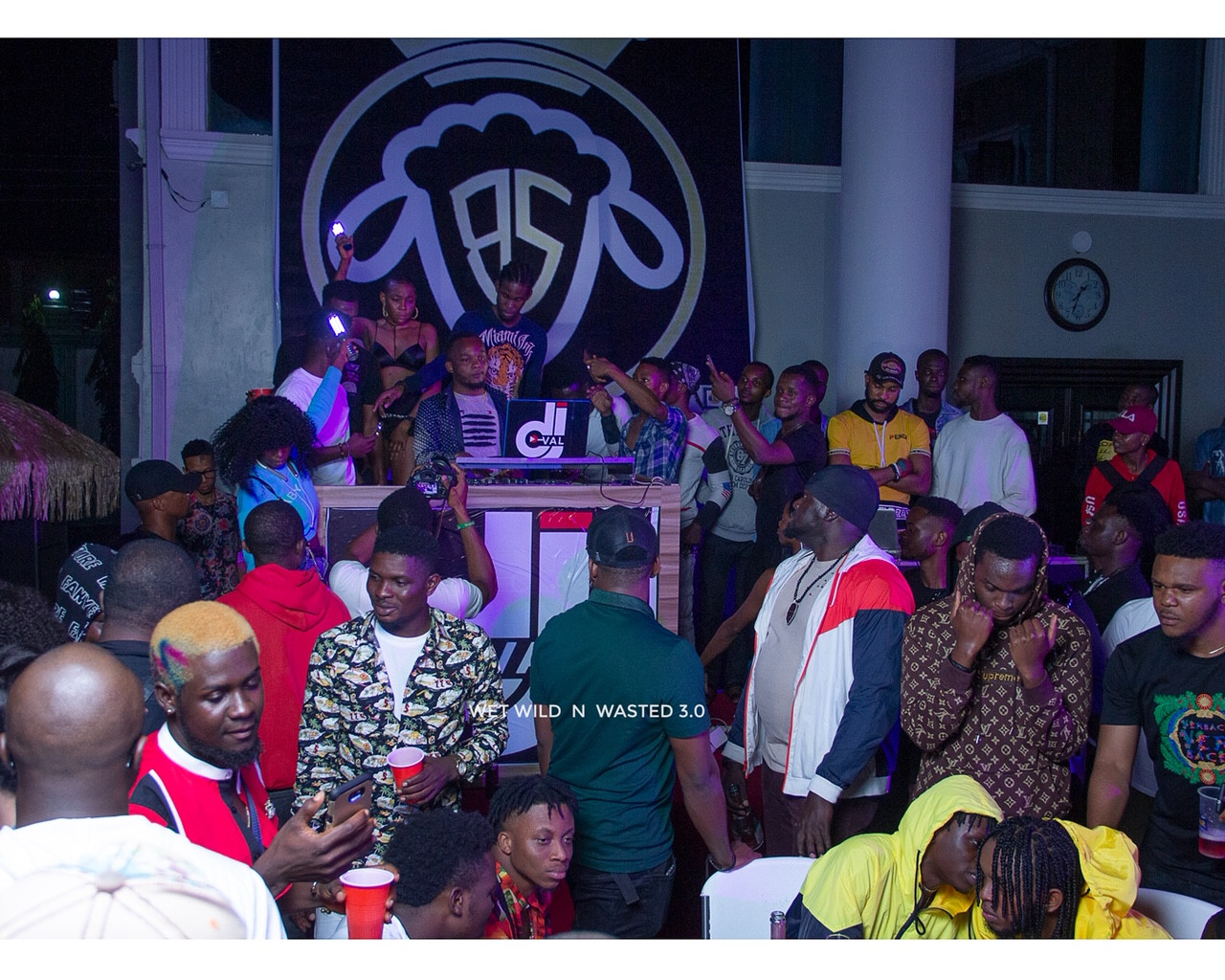 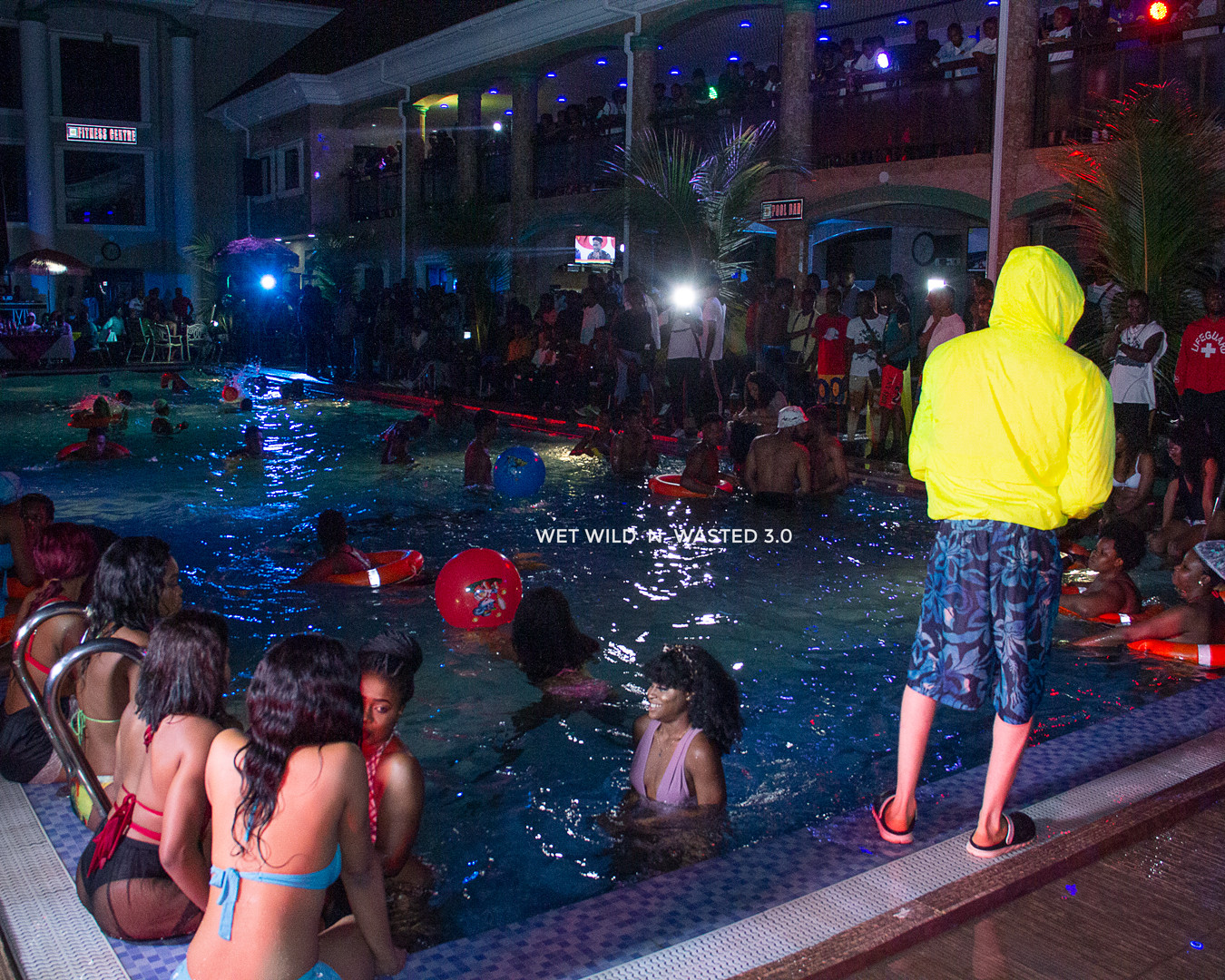 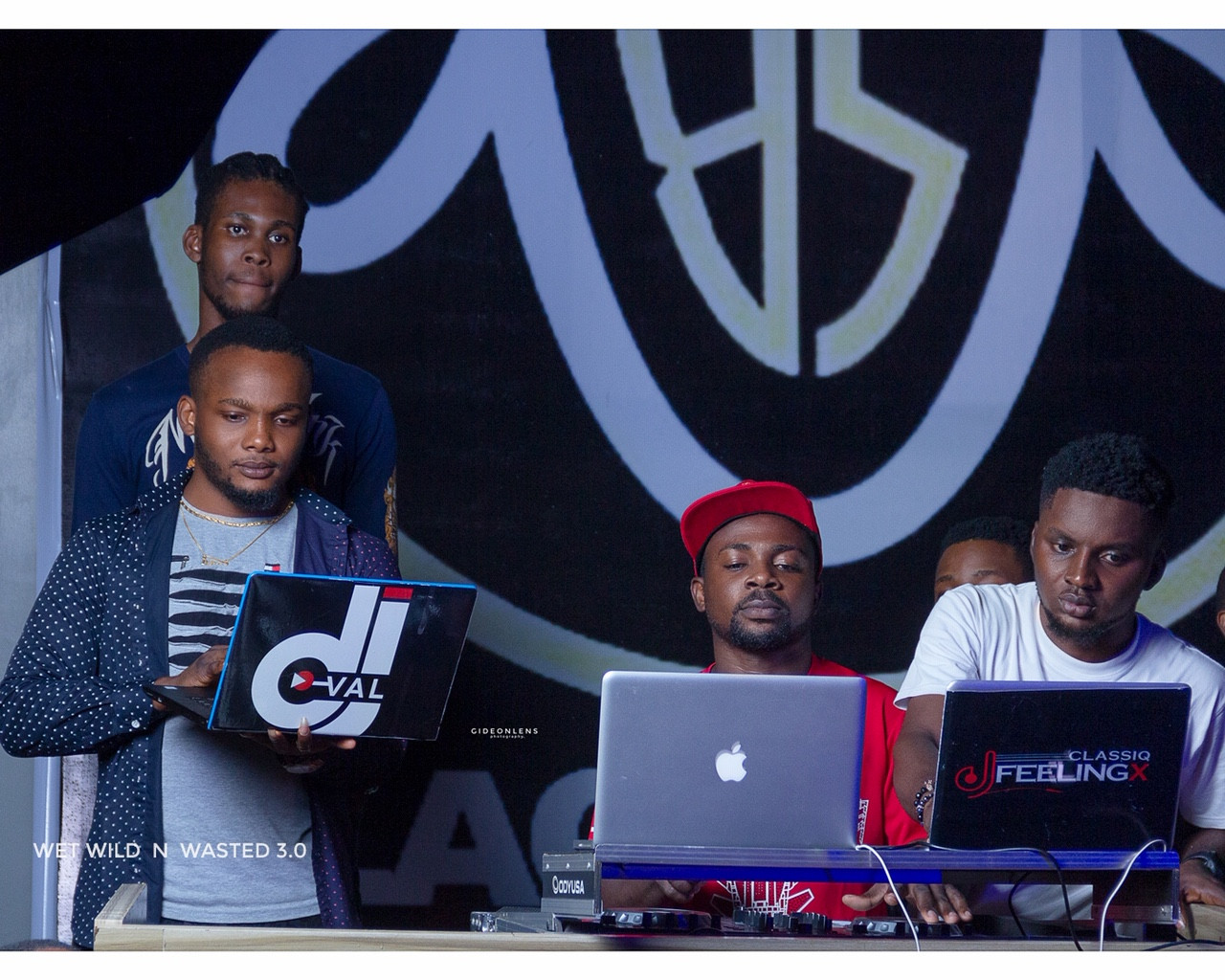 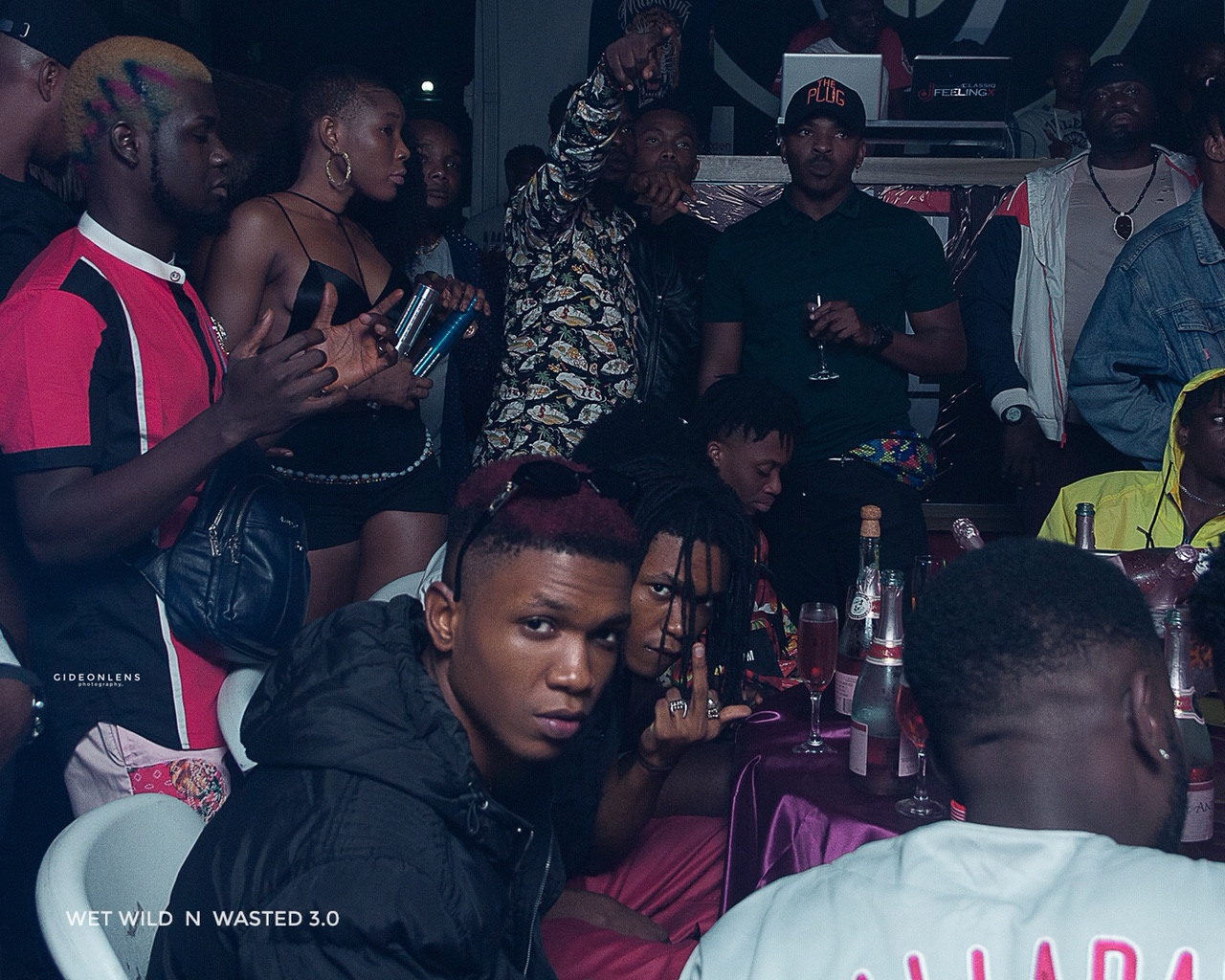 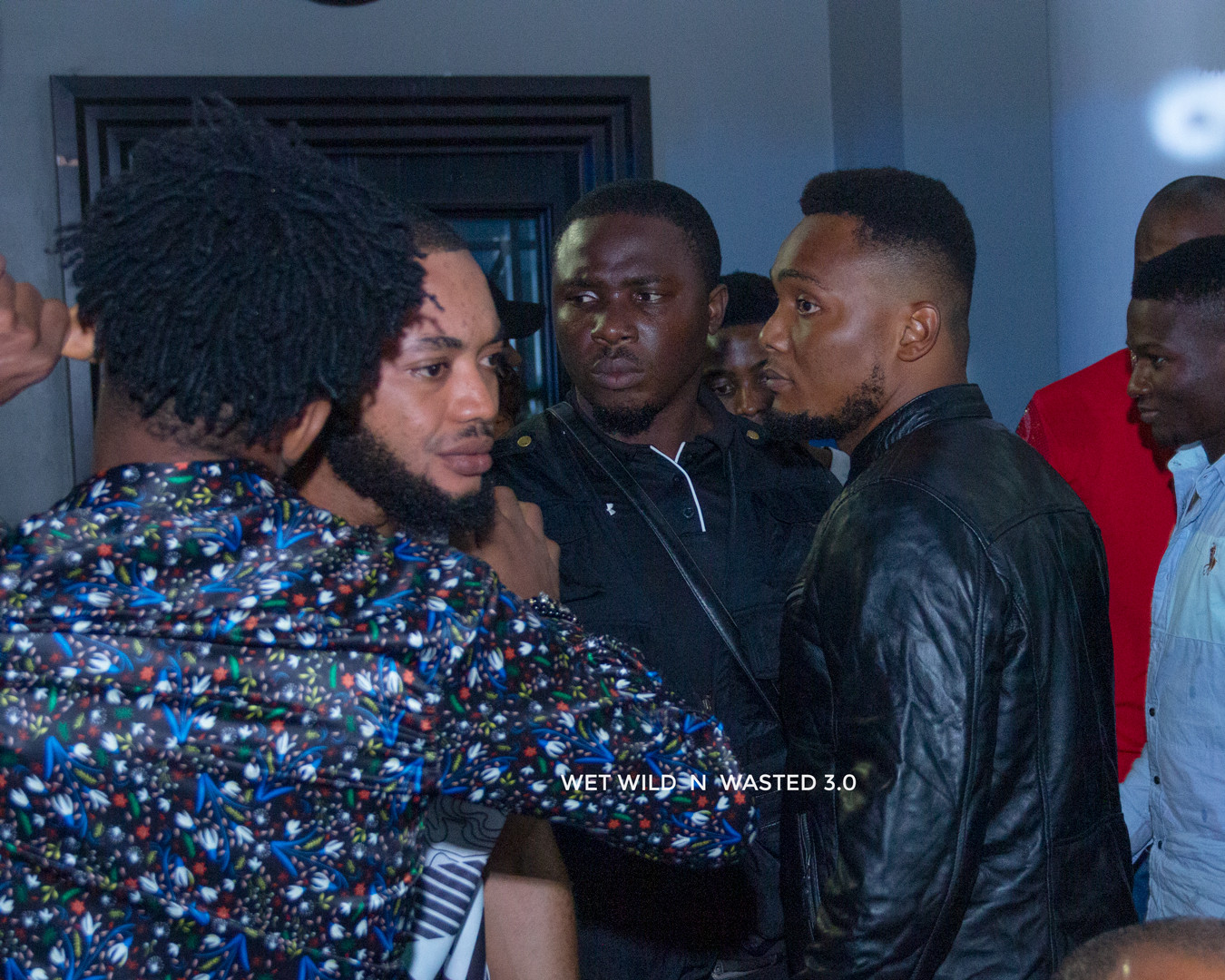 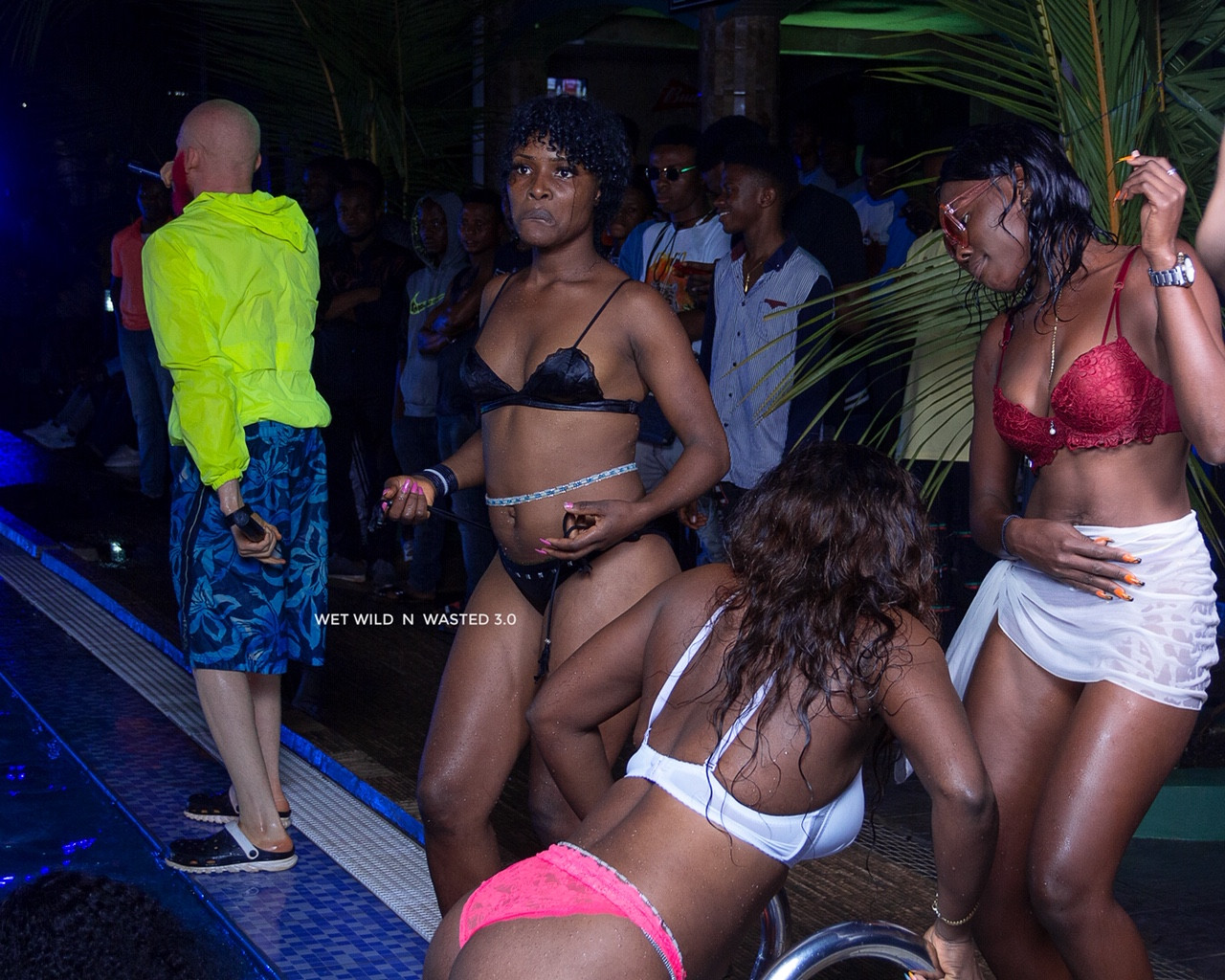 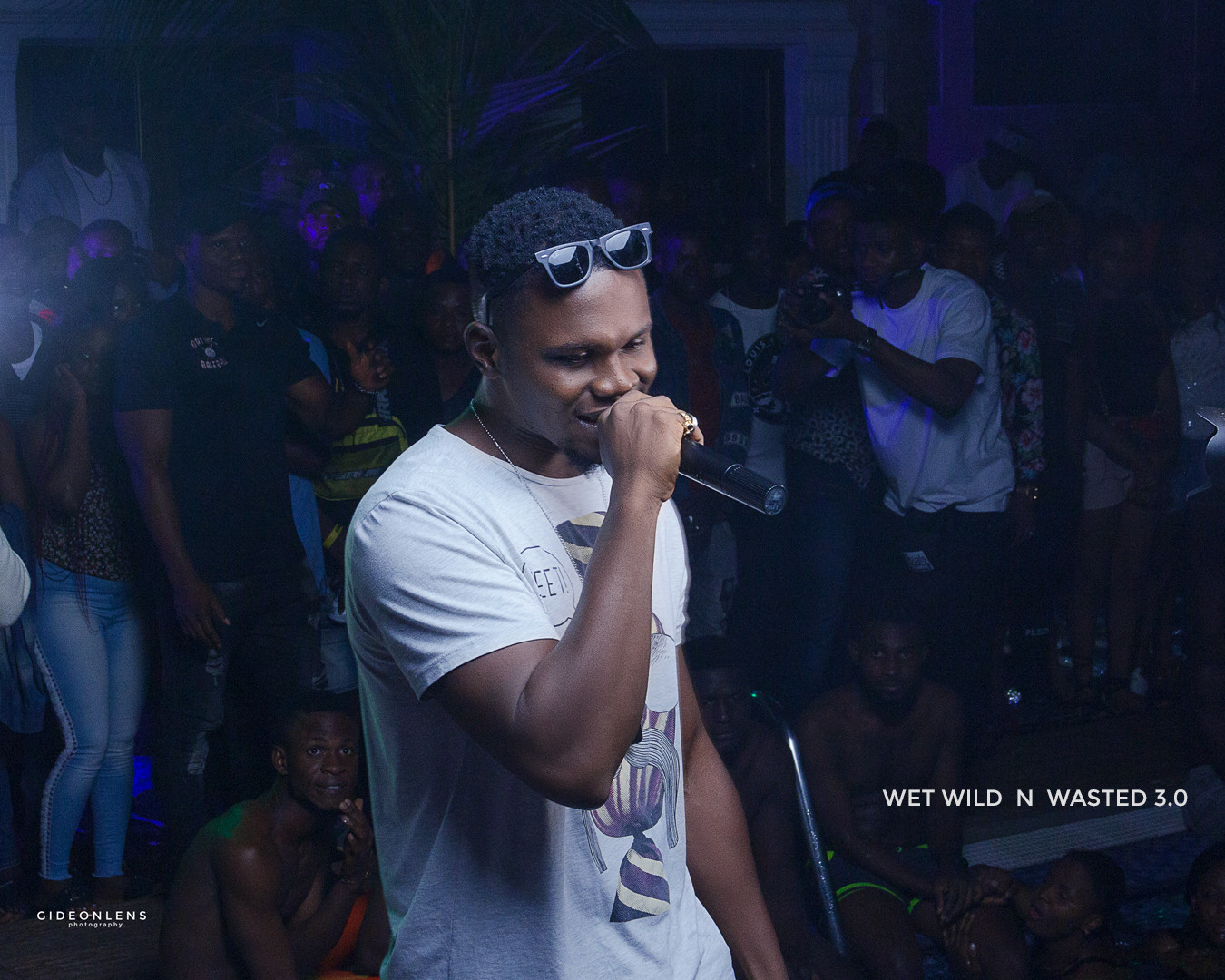 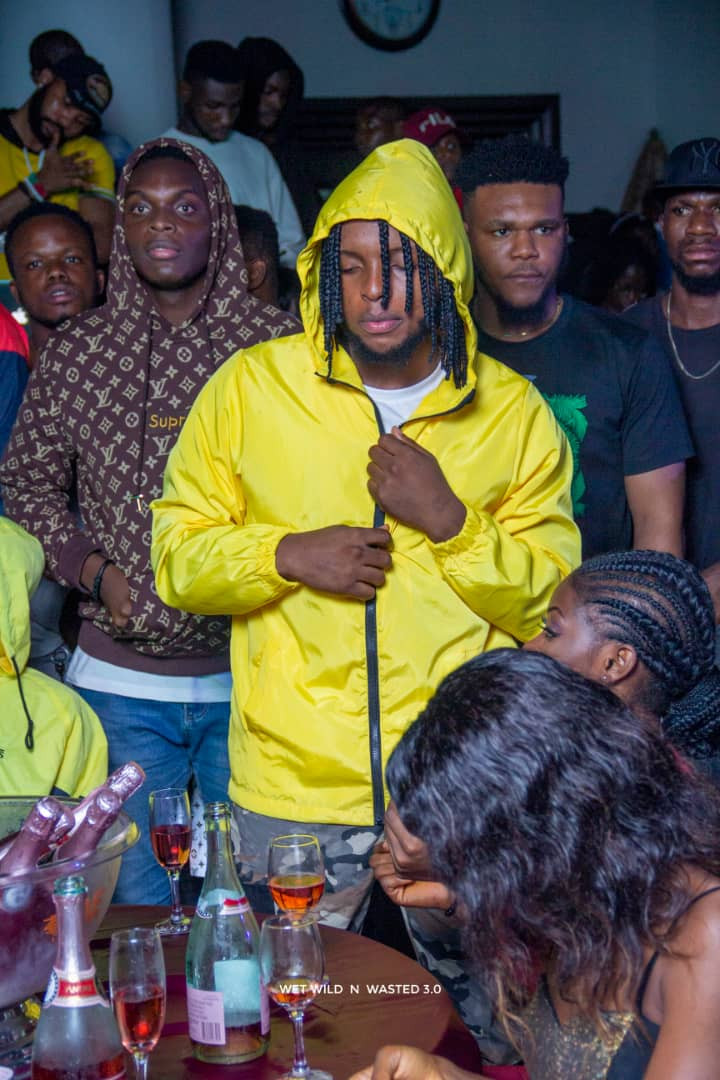 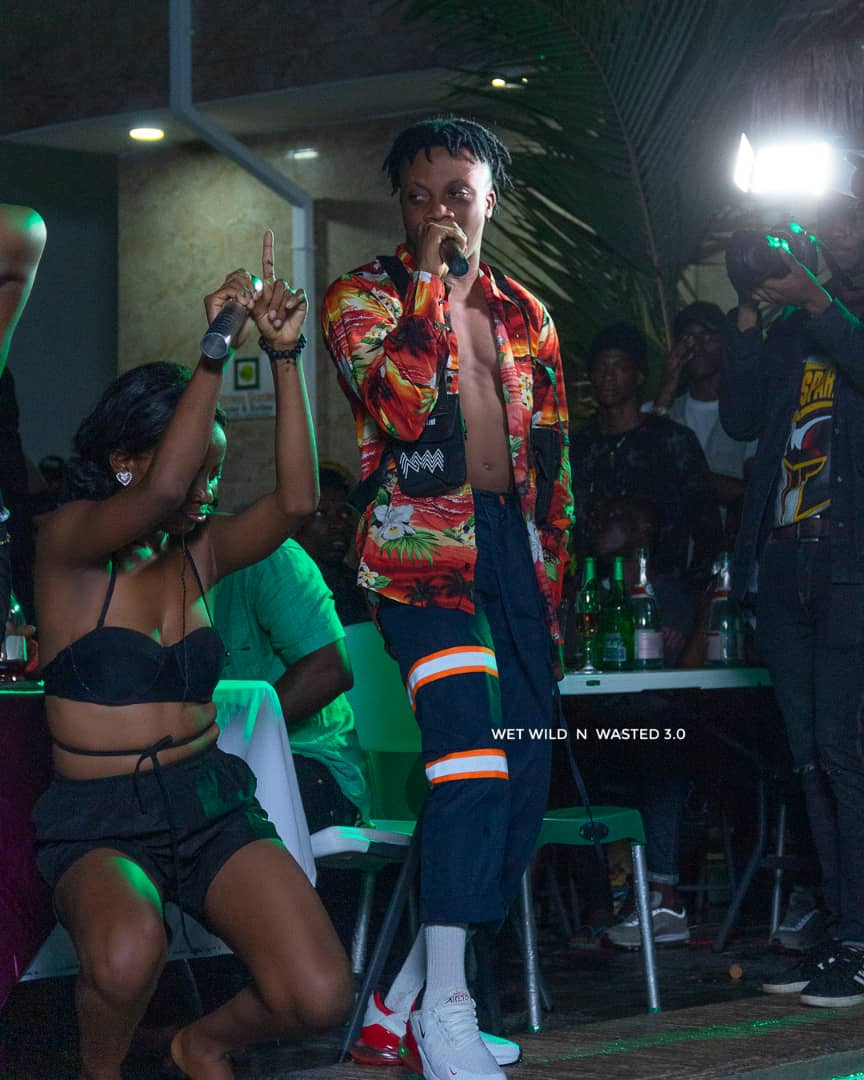 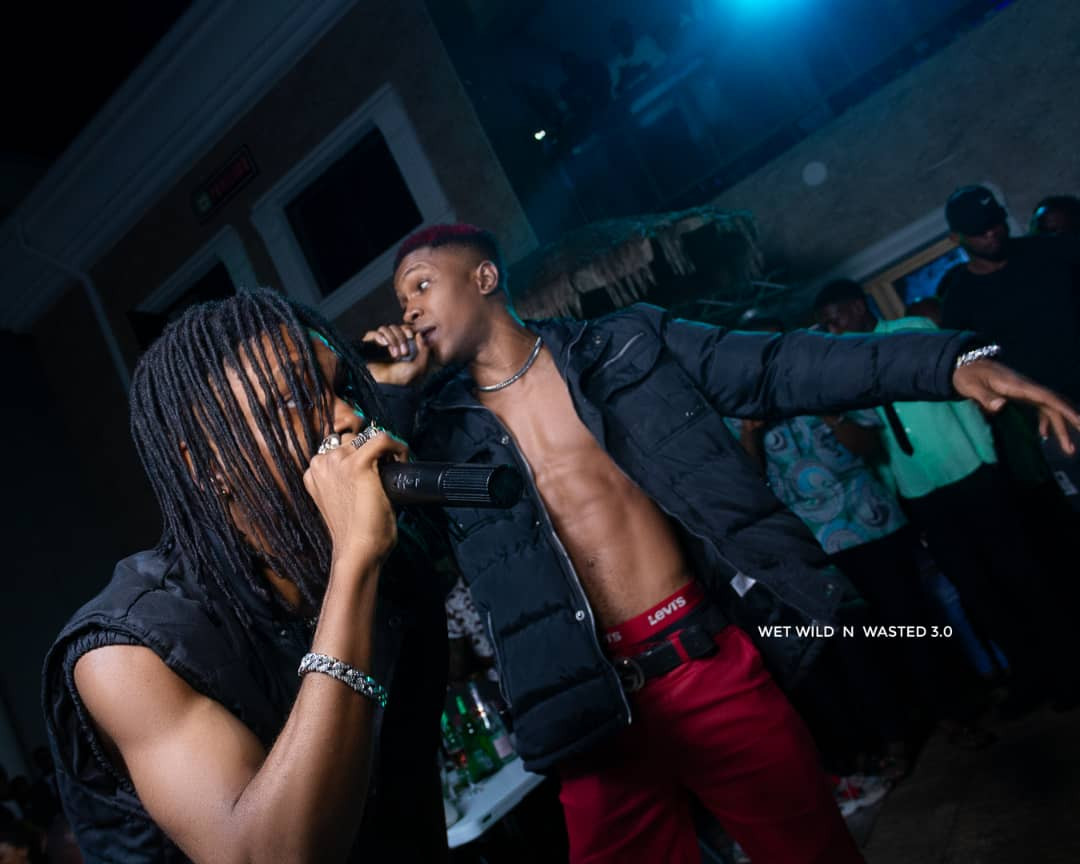 The post The Pool Party That Got Many People Wasted(WET WILD ‘N’ WASTED BY DJ VAL) appeared first on Linda Ikeji Blog.

Royalty exemptions could save the day for U.S. oil and gas operators, Rystad says

The Covid-19 pandemic and the price crisis it has brought upon the oil and gas sector have hit the profitability of exploration and production (E&P) companies hard, energy intelligence firm Rystad Energy has said. Despite the recent relative oil price recovery, dozens of U.S. operators […]

The African music industry is simply very diverse, therefore making it one of the biggest in the world. Over the past couple of years, Africa has exploded as a major player on the global music scene, making the stage set for a promising new future […]

40 health workers discharged in Kano after recovering from Coronavirus

40 out of 50 doctors and health workers that got infected with COVID-19 at Aminu Kano Teaching Hospital in Kano state, have been discharged after recovering from the disease.  Chief Medical Director of the hospital, Abdurrahman Sheshe made the announcement while receiving donations of some hospital consumables and […]