A recent patent filed by Apple reveals a design for a curved Mac, built from a single sheet of glass. The device would be shaped a bit like an L, with the bottom portion built to hold a keyboard and touchpad. Source link No related […]

A 40-year-old Islamic Cleric identified as Wasiu Faruq has been arrested by the Kwara State Police command for brutalizing a 10-year-old boy with a hot pressing iron.  The Islamic cleric who left the boy with injuries perpetrated the said act at Onilaru area of Ogidi in Ilorin, Kwara State's […]

Nicki Minaj's brother, Jelani Maraj has been sentenced to 25 years in prison for repeatedly raping his 11-year-old stepdaughter. Jelani who was handed his jail sentence by Judge Robert McDonald in a New York court on Monday January 25, was found guilty of predatory sexual assault against a child […]

For 29 years after the conflict had ended, Japanese soldier Hiroo Onoda hid out in the jungles and continued waging a war that was long over with. 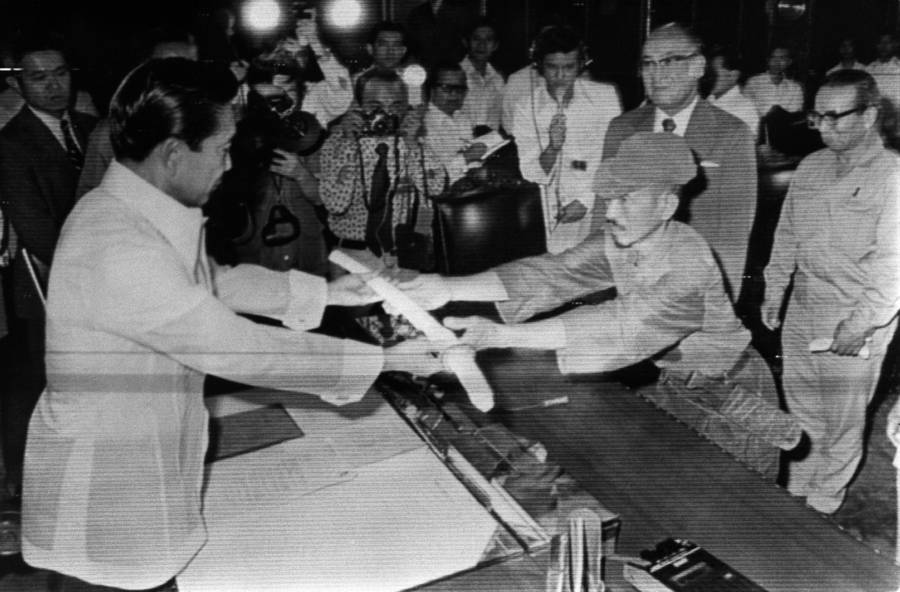 Hiroo Onoda was one of the last Japanese soldiers to stop fighting World War II — 29 years after the Imperial Japanese Army surrendered to the Allies aboard the U.S.S. Missouri on September 2, 1945.

Onoda was born on March 19, 1922 in the village of Kamekawa in the Wakayama prefecture of Japan. “I was always defiant and stubborn in everything I did,” Onoda later said of his childhood.

He was also one in a long line of warriors, dating all the way back to his samurai ancestors and continuing up to his father, a sergeant in the Japanese cavalry who fought and died in the Second Sino-Japanese War in China.

Onoda followed the same path as his forebears and enlisted in the Imperial Japanese Army when he turned 18, just one year before Japan would go to war with the United States following the attack on Pearl Harbor.

Bolanle Olukanni, Ifuennada and other Nigerians are reacting to the decision of the Lagos state government to ban Okadas and Tricycles from operating in some parts in the state.   The state government announced the ban on the operations of Okada and keke Napep riders in certain parts […]

Lagos state government bans Okadas, tricyles, including Opay, Gokada from operating in parts of the state

A recent patent filed by Apple reveals a design for a curved Mac, built from a single sheet of glass. The device would be shaped a bit like an L, with the bottom portion built to hold a keyboard and touchpad. Source link No related […]