In the wake of protests that erupted in different American cities over the police killing of George Floyd last week, US President Donald J. Trump on Sunday announced that the US would be designating ‘Antifa’ as a terrorist organization. Antifa, who describe themselves as an anti-fascist […]

A 36-year-old medical doctor in Jigawa state, Nasir Adam, has died from COVID-19 complications. According to reports, Nasir died at the Federal Medical Centre (FMC) in Birninkudu after battling with acute respiratory disease and was later said to have contracted the novel Coronavirus.  Until his death, he was […] 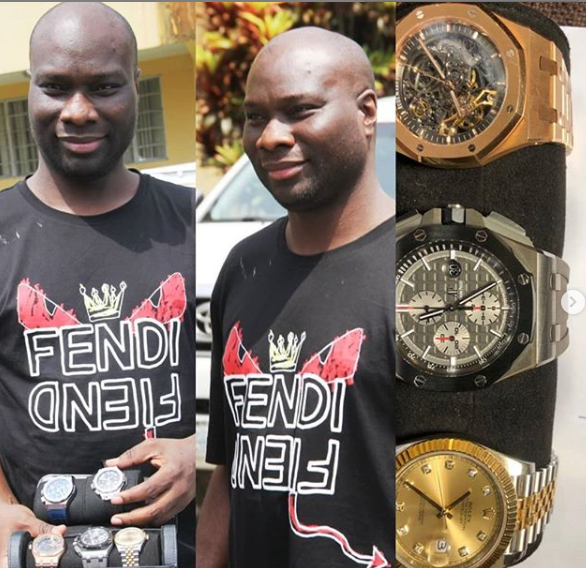 Nigerian Lawyer and Entertainment Consultant, Ayo Shonaiya has lashed out at EFCC over what he describes as a 'stupid move' by the anti-graft agency for parading suspected fraudster, Mompha on social media before trial. According to EFCC, Mompha was arrested on Friday, October 18, 2019 at the Nnamdi Azikiwe International Airport, Abuja on his way to Dubai following series of intelligence reports received by the Commission. EFCC also said, 'Mompha who allegedly perpetrates his fraudulent activities under the guise of being a Bureau de Change operator is always seen with his little son flaunting huge amount of foreign currencies on his social medial platforms'. In his reaction to a video showing Mompha all smiles after he was arrested by the EFCC, Ayo Shonaiya said, 'this is exactly how the EFCC will mess up the case. I don’t understand this nonsense media fixation of parading suspects before trial'.What exactly is the point of this? Instead of them to take his mugshot and prepare a secured case based on strong evidence, they proceed on a stupid circus for the media that can even taint their case when it does get to Court. Just like the Nigeria Police did with Evans the Kidnapper, they turned the case into a media circus that has turned him into some sort of folk hero for people who don’t know the difference between real life and social media gist. This is a stupid move by the EFCC 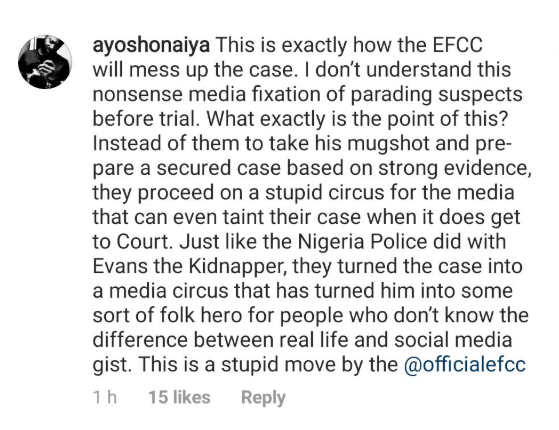 View this post on Instagram         Video: Mompha all smiles after he was arrested by the EFCC Credit: PremiumtimesA post shared by Lindaikejiblog (@lindaikejiblogofficial) on Oct 23, 2019 at 12:48am PDTThe post ‘This is a stupid move by EFCC’ – Ayo Shonaiya reacts to video of Mompha being paraded before trial appeared first on Linda Ikeji Blog.

American singer, Faith Evans was reportedly arrested for domestic violence after she allegedly attacked her husband, Stevie J, during a heated argument last week. According to TMZ, Police were called to the couple's Los Angeles home around 1 am after an argument allegedly turned violent between […]