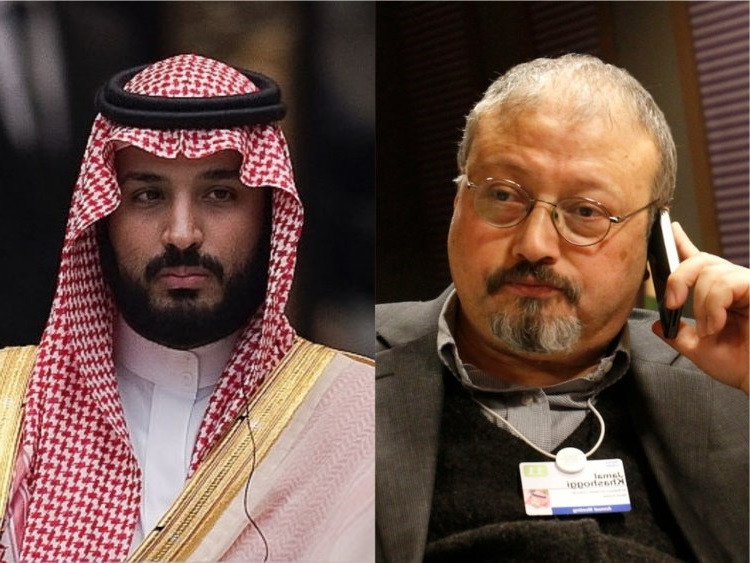 Saudi Crown Prince Mohammed bin Salman has taken full responsibility for the murder of journalist Jamal Khashoggi but denies that he ordered the killing.  The 34-year-old Crown Prince gave an interview to 60 Minutes on Sunday, September 29, and said that the killing of Jamal, who was a strong critic of the royal family was a heinous crime but was a mistake. 'This was a heinous crime,' he said. 'But I take full responsibility as a leader in Saudi Arabia, especially since it was committed by individuals working for the Saudi government.' Asked if he ordered the murder of Khashoggi, the Crown Prince replied: 'Absolutely not.'  "When a crime is committed against a Saudi citizen by officials, working for the Saudi government, as a leader I must take responsibility. This was a mistake. And I must take all actions to avoid such a thing in the future'.   'Some think that I should know what three million people working for the Saudi government do daily,' the Crown Prince said.  'It's impossible that the three million would send their daily reports to the leader or the second-highest person in the Saudi government.' He was repeatedly asked how he could not have known about the operation to kill Khashoggi since the agents work for him. 'There isn't clear information or evidence that someone close to me did something to that effect. There are charges and they're being investigated,' he said.  'But again you cannot imagine the pain that we suffered, especially as the Saudi government, from a crime such as this one.'  On October 2, 2018, Khashoggi was seen in CCTV footage entering the Saudi consulate to collect a document that he needed to marry his Turkish fiancee. Agents of the Saudi government killed Khashoggi inside the consulate and October 2, 2018, dismembered his body, which till now has never been found.  Saudi Arabia has charged 11 people in the slaying and put them on trial. The agents are yet to be convicted. The post ‘This was a mistake’ – Saudi Crown Prince speaks on death of journalist Jamal Khashoggi appeared first on Linda Ikeji Blog.

I’m not sure how to feel – Omotola Jalade shares photos of her husband, Captain Ekeinde flying out Chinese nationals who arrived Nigeria weeks ago