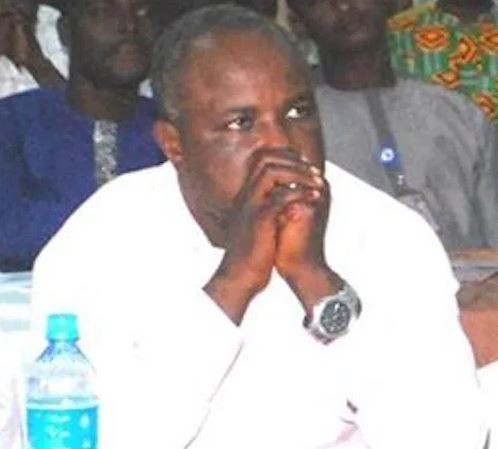 The National and State House of Assembly Election Tribunal sitting in Kaduna state, on Saturday, September 21st ordered a re-run in 22 polling units of Kagarko State Assembly Constituency, after it sacked Morondia Tanko of the Peoples Democratic Party (PDP), as the Assembly lawmaker.   Nuhu Shadalafiya former deputy Speaker of the State Assembly and candidate of the All Progressives Congress (APC) had challenged the victory of Tanko and PDP in the March 9 election.   The tribunal, headed by Justice Adamu Suleiman, in a unanimous decision ordered for a re- run in the 22 affected polling units across two wards in the area. A member of the tribunal, Justice Maimuna Abubakar who read the judgment, said the petitioner had proven his case beyond reasonable doubt.   According to her, Shadalafiya petitioned the Tribunal alleging that the election was characterized by malpractices such as over-voting, manipulations and violence. She said the petitioner provided proof that all the alleged electoral malpractices were committed in the affected polling units.Part of the judgment read: “that election be re-run in two wards, polling unit 001 to polling unit 018 because the margin between the first respondent and the petitioner is 2,318 votes as the petitioner got 24,008 votes and the first respondent got 36,302 votes.  “However, the result of the over voting filed in the petition was 9,702 votes for the first respondent and 2,128 for the first petitioner thus showing overvoting in the election. Hence the need for a re-run in the 22 polling units of Kagarko Local government of Kaduna State was delivered as the judgement by the tribunal.“After the judgement, Shadalafiya said the tribunal shunned technicalities and allowed justice to prevail.  “Because the truth of the matter was that, there was overvoting and we proved that beyond reasonable doubt because it was well-spelt out. The margin of the over-voting was about eleven thousand and I benefited with two thousand votes while he benefited with nine thousand. And today his 9,000 votes were removed, my 2,000 votes also removed. I was left with over 21,000 while he was left with 16,000 votes.“   He thanked the judiciary for doing the needful in the matter saying: “I give glory to our party and our leader Malam Nasiru El-Rufai who encouraged me to come to tribunal.”  Shadalafiya thanked the people of Kagarko and all his supporters including clergymen, who prayed for his success.  He urged them to massively give him their votes during the the re-run. The post Tribunal orders electionre-run in 22 polling units in Kaduna State after it sacked Morondia Tanko of PDP appeared first on Linda Ikeji Blog.

Ebuka Obi-Uchendu told by a twitter user to focus on entertainment and stop meddling into politics ; He replies.

Media personality, Ebuka Obi-Uchendu, was dragged into an online exchange with a Twitter user today, February 25. The drama started when Ebuka commented on the ongoing trial of former PDP National spokesperson, Olisa Metuh, who was today, found guilty of money laundering. Ebuka in his […]