Two military officials are said to be among the 3 new confirmed cases of Coronavirus in Bayelsa state, which was announced by the Nigeria Center for Disease Control (NCDC) on Sunday May 24.  Dr Inodu Apoku, the deputy chairman of the state’s COVID-19 Task Force and permanent secretary […] 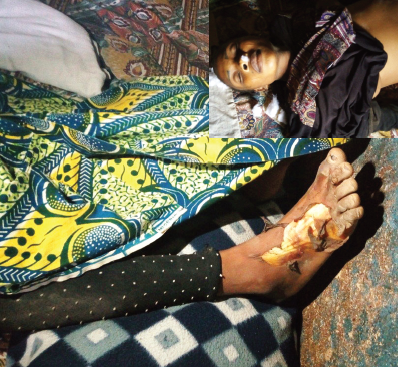 The Ogun state police command is currently on the trail of a truck driver identified as Kazeem for allegedly beating his wife to death at their residence at Agbalagada compound in Adatan area of Abeokuta, the state capital. According to eyewitnesses, Kazeem and his wife, Raimot, fought a lot. Recently, the wife threatened she would report him to his mother and he warned her against it and even barred her from going to visit her own mother. Raimot however disobeyed him as she went to  visit her mother who takes care of a boy she had from a previous relationship. While she was with her mother, Kazeem called and instructed her never to return to his home since she disobeyed him. Raimot however went back to his house. They had a heated argument which soon degenerated into a fight. Kazeem unfortunately beat his wife beat to a pulp. When he noticed she wasn't breathing, he rushed her to a nearby hospital where she was confirmed dead. ‘’After a private hospital had rejected Raimot because doctors there said she was brought in dead, her husband took her to a public hospital at Ijaiye area of Abeokuta, but doctors again told him to take her body to mortuary because she was dead. ’Before now, she had constantly subjected his late wife to beatings and molestation, so much so that his mother in–law had to invite policemen from Adatan Division to arrest him. He however did not stop to brutalise her despite the warning by the police'' a neighbor said It was learnt that Kazeem lied to men of a police division at Lafenwa, Abeokuta, that Raimot died after she collapsed while fetching water in the neighbourhood. Family members and neighbours of the deceased however explained to the police that Kazeem actually killed his wife. Kazeem is currently at large while the deceased has since been buried according to Islamic injunctions. Confirming the incident, the state police command spokesperson, Abimbola Oyeyemi,  said efforts are being made to get Kazeem arrested. ‘’We are still looking for the suspect, Kazeem. He rushed to the police claiming his wife had an accident. But family members of the deceased and sources in the neighbourhood later revealed that he was actually the one who allegedly beat his wife to death. The mistake the family members made was to raise the alarm on sighting Kazeem instead of alerting the police to arrest him, which made the suspect to run away. However, we are not going to relent until we arrest him.’’ he saidThe post Truck driver allegedly beats wife to death for reporting him to her mum (photos) appeared first on Linda Ikeji Blog.