Hulu on Wednesday announced some changes to its user interface that should bring the platform in line with others that users are already familiar with. Source link No related posts.

Sophie Alakija’s estranged husband, and father of two, Olawale Alakija has shared these adorable photos of him backing their son. According to him, the back works magic. “My mom needs to write a book on how to raise a son. The back works like magic […] 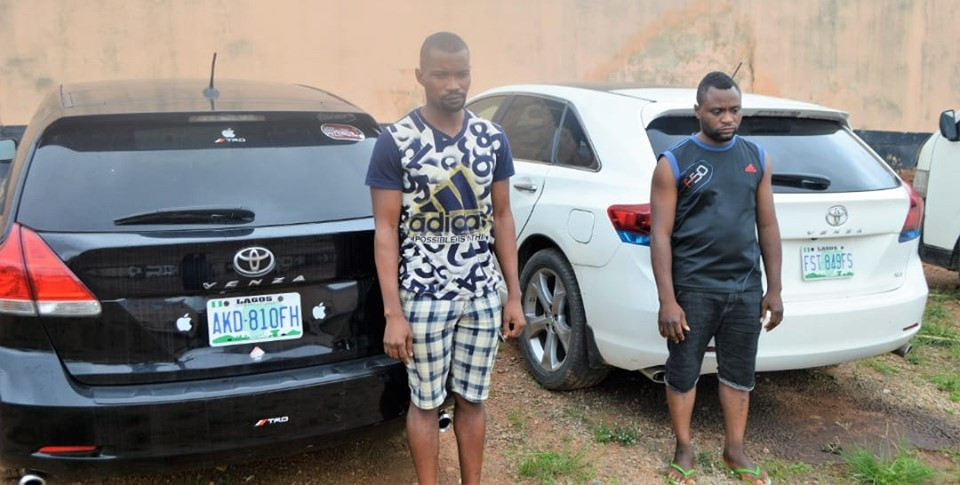 Two suspected internet fraudsters popularly known as yahoo boys, have been arrested by the Economic and Financial Crimes Commission (EFCC).  The suspects identified as Akeju Crown Babatunde, 31, and Agbanah Toba, 35, were arrested over their alleged involvement in internet fraud. The anti-graft was able to establish enough ground for prosecuting the suspects after retrieving data and documents from them.  The statement reads in part;  Akeju, for instance, was found of mining information from online sites, and was in possession of personal information and addresses of several Americans who have fallen victim to his fraudulent acts at different times.The suspect usually operated with two email accounts – one personal and one other supposedly official – to penetrate his victims and dispossess them of their hard-earned money.EFCC’s investigations also established Akeju’s deployment of fake identity to engage foreigners in romantic affairs with the intention to defraud them.Findings revealed various lodgments from his foreign victims into his Nigerian bank accounts.Agbanah’s case is not too different. He had admitted in his confessional statement with the Commission to be falsely representing himself as one Chris Dan, a 40-year-old Briton, working with the United Nations.He confessed to have used the white man’s picture to lure his victims into romantic relationships and thereafter solicit for money from them allegedly to enable him to pay for his flight ticket to pay them scheduled visits. After much familiarization, he would then device other tricks to swindle them the more.The two suspects are still helping the Commission with relevant information for further investigations into activities of their other partners.At the point of his arrest, the EFCC recovered one iPhone xmax and one Toyota Venza from Akeju, while Agbanah was in possession of one Toyota Venza, one Toyota Camry, two Macbook, one Apple Ipad, one iPhone Xmax, one iPhone 5, one Infinix phone, two hard drives and one HP printer.  The post Two yahoo boys arrested in Ibadan, expensive cars and phones recovered appeared first on Linda Ikeji Blog.

Two subsidiaries of Malaysia’s engineering services company T7 Global have been awarded contracts from Hess and PTS Resources. Illustration; Author: SP Mac – shared with permission from the photographer The first contract was awarded to Tanjung Offshore Services by Carigali Hess Operating Company for the […]

Are You Raising an Emotional Eater?

Were you obsessed with what your kids ate when they were little? I was. Their little bodies were so pure and new. I didn’t want them to have processed foods or eat too much sugar. The box of Fruit Roll-Ups in the pantry today is […]

A UK-based doctor, Idee Charles has slammed the founder of Salvation Ministries, Pastor David Ibiyeomie over his comment about Coronavirus.  Recall that the preacher had said that Coronavirus does not exist in Nigeria. He condemned the border closure and lockdown orders issued by the Federal and State Governments, while […]