Nollywood Actress, Nkechi Sunday Blessing has taken to her Insta stories to bitterly react following claims from social media users that she didn’t sprayed her old White Venza to Black because she wanted to deceive her fans that’d she’d gotten a new car. The Actress […]

The iPhone is Apple’s core revenue driver and a lot of effort goes into making it a compelling choice for people who want an iOS device to govern their increasingly mobile lives. Case in point, the company is expected to deliver a new affordable iPhone […]

Herbalist and five others arrested for armed robbery in Ogun

A herbalist and five other suspected armed robbers have been arrested by the Ogun State Police Command.  The suspects identified as Sukanmi Ogundimu, Tosin Adebanjo, Toheeb Ogundare, Ahmed Oloyede, Emmanuel Ogunshina aka Emma SARS and Adebisi Remilekun, were accused of launching a midnight attack against one Alfa Rifhat […] 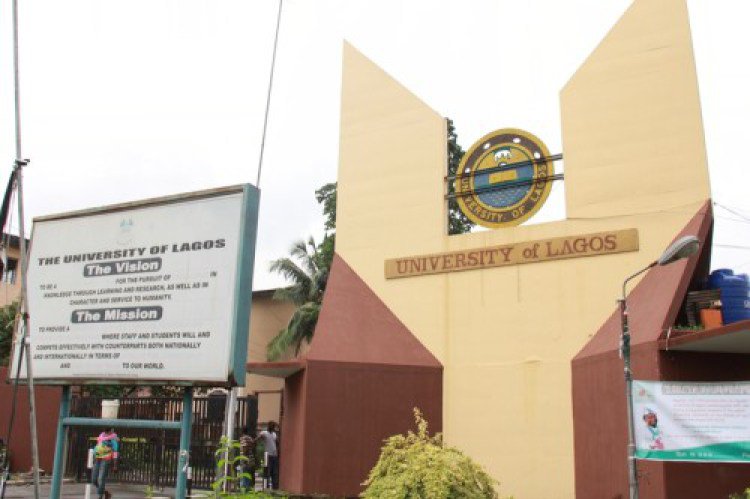 University of Lagos, UNILAG has released a statement following social media criticism after a banner surfaced online, showing the Caretaker Chairman of the National Union of Road Transport Workers (NURTW), Lagos Chapter, Musiliu Akinsanya, aka MC Oluomo, as a “special guest” at a colloquium in the institution.

According to Punch, the UNILAG Principal Assistant Registrar, Communication Unit, Taiwo Oloyede, confirmed that the event was organised by students in the Geography Department of the school and that it held on Tuesday.

The statement however said that although MC Oluomo was one of those to be invited for the event, the approved banner did not have him as a guest.

The management of the University of Lagos hereby notifies parents, guardians and other stakeholders of the university that it is aware of the event to which the Lagos State Caretaker Chairman of the National Union of Road Transport Workers (NURTW), Musiliu Akinsanya, was allegedly invited.

The event was a colloquium on ‘Transport Efficiency: Employing Lagos Terrain Alternatives.’ organised by the National Association of Geography Students (NAGS) on Tuesday, September 17, 2019.

Although Alhaji Musiliu Akinsanya (MC Oluomo) was one of those to be invited, which informed the draft banner with his picture, currently trending on social media; the approved banner did not have Alhaji Akinsanya as an invited guest, neither did he attend the event.

For the record, events are organised on campus to expose students to current trends in the academia and industries. During such events, experts and relevant stakeholders with considerable knowledge and experience on the theme of such activities are carefully selected and invited to come and share their thoughts with our students.

The goal is to produce students that are locally relevant and globally competitive. Therefore, the general public is enjoined to disregard any propaganda making the rounds on social media about the propriety of inviting a particular guest or not.

The Lagos state government says the state has recorded its first case of Lassa fever. In a statement released on Wednesday February 19th, the state Commissioner for Health, Professor Akin Abayomi, confirmed that a patient is currently in isolation at the Lagos University Teaching Hospital. Abayomi called on residents to be […]

Nollywood Actress, Nkechi Sunday Blessing has taken to her Insta stories to bitterly react following claims from social media users that she didn’t sprayed her old White Venza to Black because she wanted to deceive her fans that’d she’d gotten a new car. The Actress […]