Shekau Abubakar, the leader of Boko Haram sect, has threatened to attack the Minister of Communication and Digital Economy, Isa Pantami, for recently threatening to ensure that the communication lines of the sect members are blocked.  According to The Cable, the sect leader in the new […]

Nina held her introduction ceremony with her fiance today, at Imo state. Recall that the big brother naija reality TV star took to her Twitter account to announce that she already found true love, as well as a lifetime of happiness she never thought was […]

The introduction ceremony of Big Brother Naija 2018 housemate, Nina and her fiancee was held today in Imo State.  Recall that on January 1, the reality show star took to Twitter to announce that she found true love and a lifetime of hapiness she never thought was […] 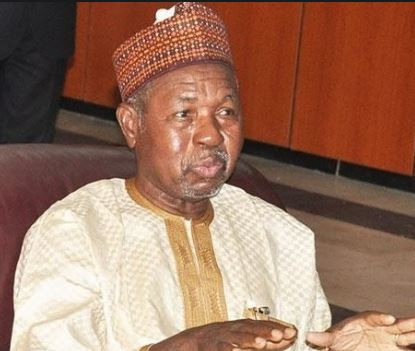 The Katsina State Police Command has confirmed the abduction of Bature Mai’unguwa, the Village Head of Labo in Batsari Local Government Area, by unknown gunmen.   The Police Public Relations Officer (PPRO), Gambo Isa, a superintendent of police, confirmed the abduction to journalists on Wednesday in Katsina. He said that the victim was abducted on Tuesday afternoon while working at his farm at the outskirts of the village, near Rugu forest.‘’Operation Puff Adder responded to the distress call, but since it was far inside near Rugu forest, before they could reach, the hoodlums had already fled into the forest.  We are following a lead that may assist us in rescuing him.  ‘’The command is calling on communities in the affected areas to always form groups while going to their farms and inform security agents for security backup. We are reminding people of the state government’s directives on the suspension of farming activities around Rugu forest areas.  “Members of the communities are reminded to put security of their lives first before embarking on any activity,’’ he said.The gunmen invaded the village on motorcycles around 1:00 p.m., on Tuesday, shot sporadically to pave way for their operation, abducted the village head, and fled into the forest.  The district head of President Buhari’s community in Daura, Musa Umar, was kidnapped by gunmen on May 1.The post Unknown gunmen abduct another village head in Katsina State appeared first on Linda Ikeji Blog.

Obafemi Hamzat, the deputy governor of Lagos State, says the state has begun reaping the benefits of the Okada ban as the rate of motorcycle accidents in the state has dropped from 28 to 7. Speaking on Channels TV, Obafemi said Okadas have become an avenue for pertrting crime. He […]

As I planned and was beginning to run our next big graphics card benchmark test, I felt I had to shift gears to discuss AMD’s driver woes after a recent poll we ran on the community. We’ve already reached out to AMD for a statement […]

Shekau Abubakar, the leader of Boko Haram sect, has threatened to attack the Minister of Communication and Digital Economy, Isa Pantami, for recently threatening to ensure that the communication lines of the sect members are blocked.  According to The Cable, the sect leader in the new […]