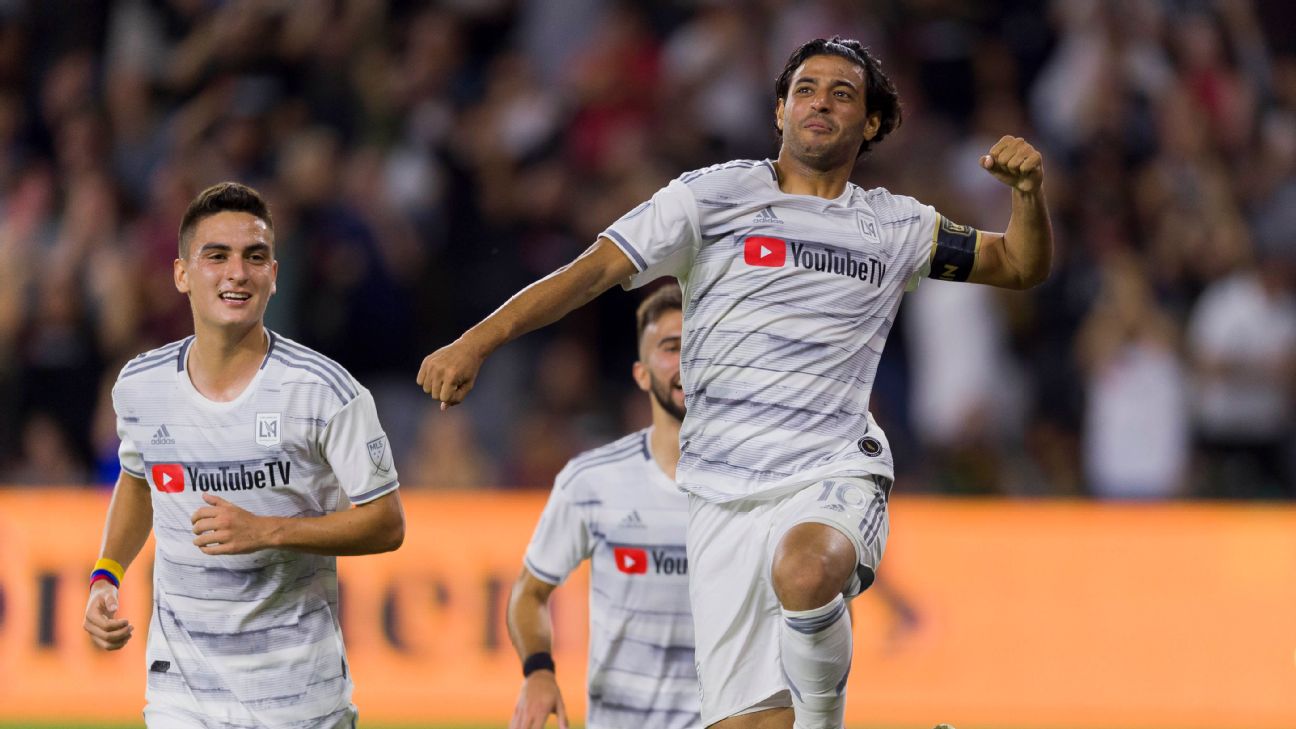 LAFC's Carlos Vela scored two, including a mercurial run that beat 4 defenders and the keeper, to beat San Jose 4-0 as a clash with the LA Galaxy looms on Sunday.

Major League Soccer: Diego Rossi (6') LAFC 1-0 San Jose. To watch MLS sign up to ESPN+.
Carlos Vela continued his stellar season with two goals to lead LAFC to a 4-0 victory over the visiting San Jose Earthquakes on Wednesday night.
Vela raised his league-leading season goal total to 26, tied for fifth most in league history. The star striker needs just five over the final eight matches of the regular season to match the MLS single-season mark of 31 set last season by Atlanta United star Josef Martinez.
Forward Diego Rossi added his 14th goal of the season and also had an assist for…