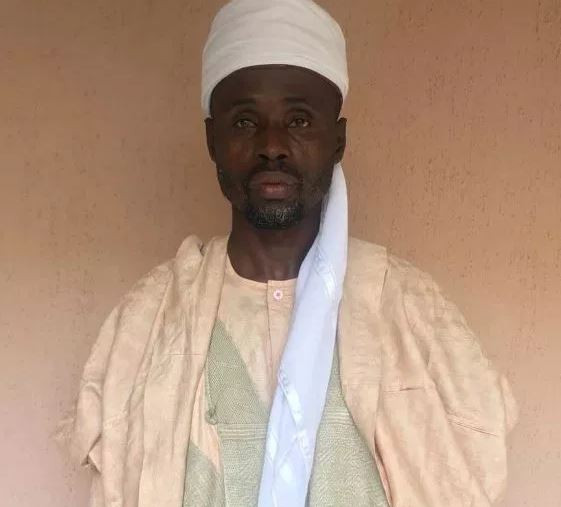 Operatives of the Sokoto Zonal Office of the Economic and Financial Crimes Commission, EFCC have arrested the Chairman of Rice Farmers’ Association of Nigeria, RIFAN, Gummi Local Government Chapter, Ibrahim Rijiya for alleged involvement in the diversion of three trailer loads of 1,800 bags of fertilizer, and a truck-load of farming herbicide belonging to rice farmers in Gummi.   Also arrested were the Council Storekeeper, Aminu Musa and Abdullahi Bashir. Rijiya, who is also the District Head of Rijiya Gummi, Gummi LGA, Zamfara State, is also alleged to have diverted three trailers loaded with fertilizer and other supplies for their local farmers, and later sold each bag at the sum of N3,000 including other farm materials.   The EFCC had received a petition from representatives of seven different groups of rice farmers, alleging that sometimes in July 2018, the Federal Government approved and disbursed 12 trucks of fertilizer and herbicides, on loan to 83 cooperative groups in Gummi and that no member of the association fully collected all the items as approved by the government.   All efforts made by the Gummi Chapter of RIFAN to get the items back, proved abortive.  Investigation revealed that Rijiya conspired with Musa to divert and sell the three trailers of fertilizer and a truck load of herbicide to Bashir at the cost of N17.1 million and shared the money among themselves. The suspects confessed to their roles in the crime, while the three trailers of the fertilizer have been recovered from them. Efforts are in top-gear to recover the diverted herbicide. They will soon be arraigned in court.The post Village district head, two others arrested for diverting governments fertilizer in Zamfara State appeared first on Linda Ikeji Blog.