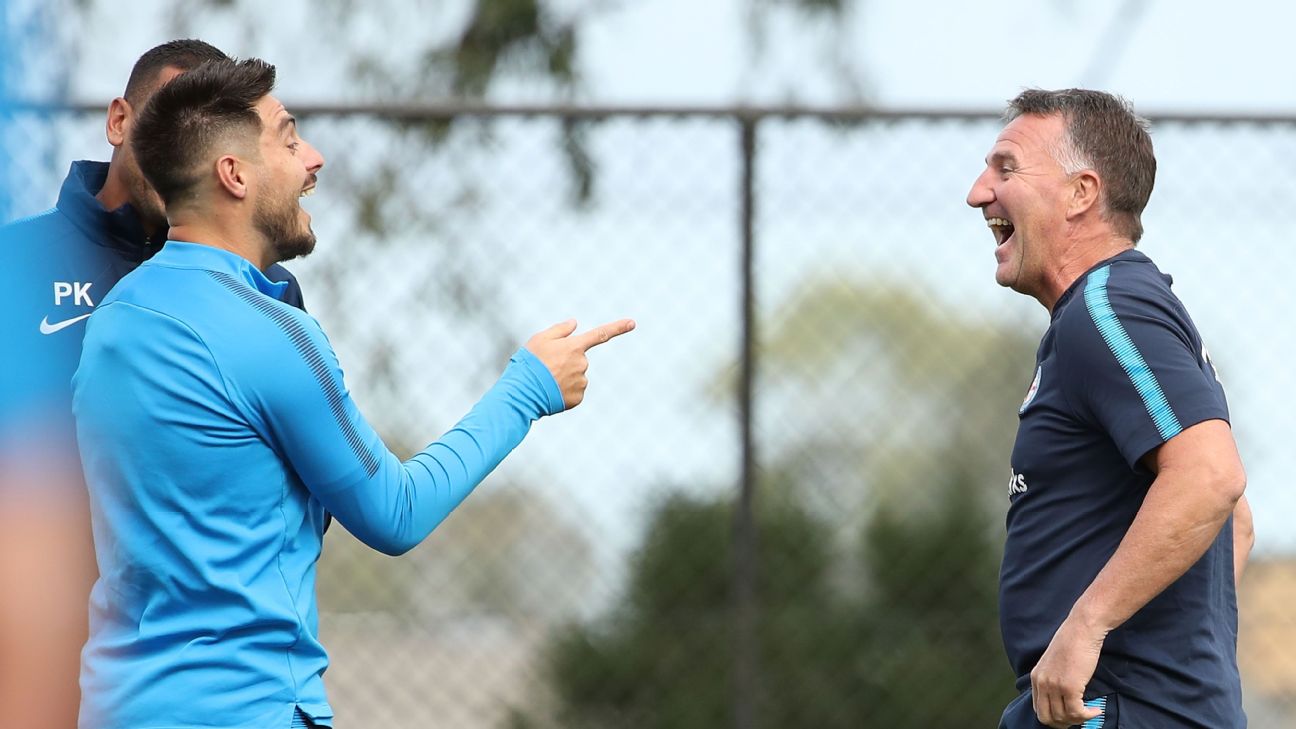 Tarek Elrich scored a dramatic 95th minute equaliser as the Wanderers finished their final game at Spotless Stadium with a draw.

A late wasted chance for the Jets meant the points were shared at the McDonald Jones stadium.

Adam Le Fondre's emphatic penalty and some last ditch defending was enough to give Sydney FC victory over Wellington Phoenix.

Alex Lopez netted twice for Brisbane as Central Coast Mariners have two men sent off as Roar run out 5-3 winners in Gosford.
"The deeper they drop, the less space there is," Warren Joyce said, on the complexion of Melbourne City's 1-1 draw with Melbourne Victory on Saturday.
"We talked about playing quicker, and the penalty comes from slotting the ball down the side for Jamie Maclaren.
"The deeper they get … you know, they've got big defenders, so it doesn't really matter."
Football is not about tactics specifically, but the human emotion and interpretation of the game that shapes them, both in the moment and in preparation….