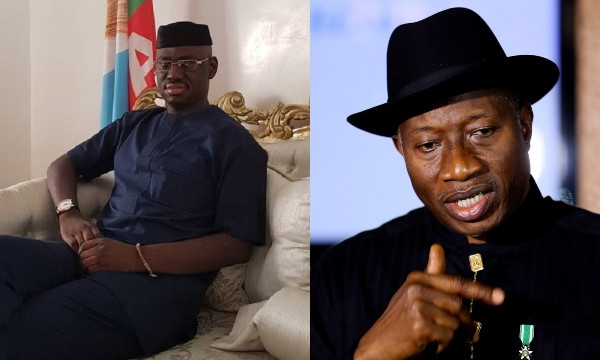 Timi Frank, the former deputy national secretary of the All Progressives Congress (APC)  called on imams, pastors and traditional rulers to beg former President Goodluck Jonathan for forgiveness as he revealed how he alongside others fabricated lies to sabotage his government.  Lamenting over the insecurity witnessed across the country, the former APC spokesperson disclosed that he has personally asked the former Nigerian leader for forgiveness.  “I call on Nigerians that we should beg former President Goodluck Jonathan for wrongly voted him out and sabotaged his government. I must confess that as an APC figure in 2015, we fabricated many lies against Jonathan, though I have publicly apologised to him but other Nigerians, especially the pastors, Imams, traditional rulers and other opinion leaders should beg for forgiveness too,” he said.“It is obvious now that insecurity in our nation has gone out of hand. The challenge was limited to a zone under Goodluck Jonathan but presently no state, including General Buhari’s home state is secured.” Questioning the Buhari-led government on the whereabouts of the $1 billion withdrawn from the excess crude account (ECA) to fight insecurity, Timi Frank admitted the entrenchment of democracy and rule of law in Jonathan's administration.  “Under Jonathan, Nigerians abroad were relocating back home but under Buhari Nigerians are running away. Under Jonathan Nigerians are respected all over the world but that has since gone under Buhari.“Under Jonathan Nigerians were crying in tears but now Nigerians are crying in blood. Under Jonathan, there was freedom of speech but that has long gone under the APC administration.“Under Jonathan, poverty, hunger and unemployment were not as bad as it is today. Under Jonathan Nigeria was a unitedunited Nation but sentiments have taken over now.“As it is now, all the institutions of government that were working well under Jonathan have all been blackmailed and politicised.“So, I call on others who betrayed Jonathan to come out publicly and apologise to him. I also use this opportunity to appeal to former President Jonathan to forgive Nigerians and bless the Nation against the evils that have pervaded the land" he added. The post We fabricated lies to sabotage Jonathans Government – Ex-APC Spokesperson, Timi Frank appeared first on Linda Ikeji Blog.

Chernobyl , the miniseries about the nuclear power plant disaster in 1986 leads the Bafta TV awards nominations with 14 nods, while Netflix’s The Crown received seven nominations.  This year's Bafta Television Awards will be held behind closed doors on July 31 because of the Coronavirus pandemic. BAFTA-winning […]

If you’ve built a small form-factor PC in the past few months, chances are that it’s powered by one of Corsair’s SF series PSUs. The high-performance power supplies have a solid reputation for build quality, efficiency, reliability, alongside modular cabling support, all in a small […]