Embattled Nigerian socialite, Ramoni Abass aka Hushpuppi, has been reported to have sold second-hand clothes on the streets of Lagos State before he accumulated so much wealth, British newspaper, Daily Mail has reported. The report read in part, “Mr Abbas started out as a secondhand-clothes […]

Mrs Betty Akeredolu, wife of Ondo state governor, Rotimi Akeredolu, has tested positive for COVID-19.A government official who confirmed this Tribune, said “The samples of the First Lady which was collected  two days ago and one of the security aides of the governor returned positive this morning.” The […] 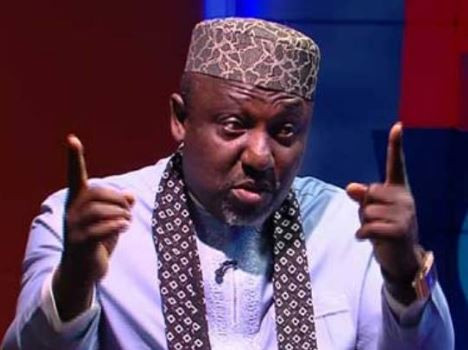 Imo State governor, Rochas Okorocha says his administration has built the second best police headquarters in the country.   He revealed this in Owerri today while inaugurating projects built by the state government in the last eight years.Addressing the gathering he said: “Do you know we have built the best police headquarters in Imo State? How many of you have seen it?  “This is the police headquarters. After Abuja, we have the best. This one, I am not qualified to commission this one. This one will be qualified by the Vice President; he is coming here tomorrow. This one pass my power”. Besides the police headquarters, the Okorocha’s administration also constructed a Prison facility facing the Government House in Owerri, the state capital. The governor explained he was moved to tears to build the structure over what he described as ‘worst inhumanity to mankind’ arising from the dilapidated structures he saw earlier.“This one is the Nigerian Prisons Headquarters. You know where they are staying opposite the Government House, we have 89 people in one room. They sleep turn by turn. After this one sleeps for 2 minutes, another one will stand him up and sleep. I saw that and I wept. I said this is the worst inhumanity to mankind. I decided to build a new prison headquarters. It is 3,200 beds each,” he said.Other projects commissioned are: Imo State Fire Service Headquarters, Night Live and Tourism, Imo Security Network, Imo Community Watch, Imo Civil Guards, Imo Niger Delta Security, 100 Sienna security patrol vehicles, 700 security patrol motorcycles, 211 Regiment Group for the Nigerian Air Force among others.The post ‘We have built the second best police headquarters in the country’ – Governor Okorocha appeared first on Linda Ikeji Blog.

Disney's face-swapping tech looks better than most deepfakes out there

It appears that Disney is doing deepfakes now. Researchers for the Mouse have published a paper titled “High-Resolution Neural Face Swapping for Visual Effects,” showing new technology it has developed to swap actors’ faces on video. The effects are astonishingly realistic, albeit a bit unnerving. […]

Embattled Nigerian socialite, Ramoni Abass aka Hushpuppi, has been reported to have sold second-hand clothes on the streets of Lagos State before he accumulated so much wealth, British newspaper, Daily Mail has reported. The report read in part, “Mr Abbas started out as a secondhand-clothes […]