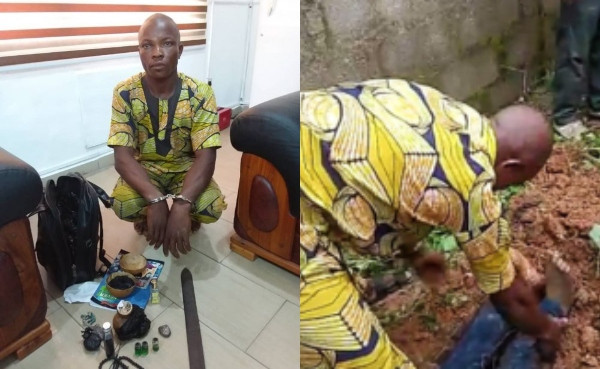 The Niger state police command has arrested a welder identified as Tunde Tayo for killing a commercial motorcyclist popularly known as Okada man, and harvesting his vital organs including his intestine for rituals.  The arrested suspect whose house at Ungwan Roka in Maitumbi, a suburb in Bosso Local Government Area was near the shallow grave where the headless body of 25-year-old Abdullahi Sale was recovered, confessed to the crime when paraded before newsmen on Saturday, September 14. 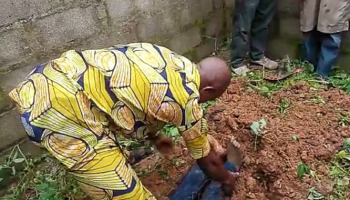 “I beheaded and removed Sale’s intestine for ritual purposes. I even buried him in a shallow grave near my house" he said.  The arrest of the father of five came after neighbours reported the newly dug grave close to his house to the police. The Police Public Relations Officer (PPRO), Muhammad Abubakar, said the suspect admitted to the crime after everyone in the house was arrested after the headless body of the okada rider was exhumed. Tayo who said he committed the said offence because his returns as welder could not sustain his family of seven, will be charged to court when investigation has been concluded. The post Welder kills bike rider in Niger state, harvests his intestine for ritual appeared first on Linda Ikeji Blog.

Last week brought news of an anonymous consumer who bought a 2017 Tesla on December 20 last year from a third-party dealer. Sold at auction, the car was listed with the driver assistance features, which cost around $8,000 when adding them to a new vehicle. […]

If you are a side chic dating a married man, you better be cashing out- Mercy Aigbe advises single ladies

Nollywood actress, Mercy Aigbe, has adviced single ladies dating married men to ensure they are cashing out of that relationship. The single mum of two gave the advice in her Valentine's day message to lovers. In a video she shared on her IG page, she said''If […]