A Kenyan actor, Dan Sonko has spoken out for the first time after moving on with another woman following his wife’s death. He is currently dating a fellow actor Winfred Bwire, who is his late wife’s best friend. His wife passed away in 2017 after […] 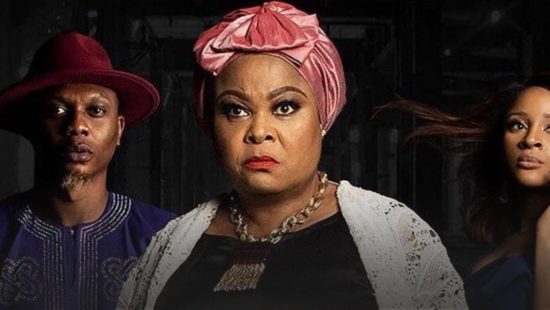 10 months after the premiere of Kemi Adetiba’s groundbreaking thriller, ‘King Of Boys,’ she has hinted plans to shoot a second phase.

In a tweet on Monday, August 26, 2019, Adetiba tweeted about her efforts at making another phase of the film.

However, the filmmaker refused to clarify if the intended ‘King Of Boys 2’ will be a prequel or sequel to the first franchise.

“So, finally tackled the scene where Makanaki and Odogwu Malay meet (read as confront) each other for the first time in KOB 2… And..” she tweeted.

The tweet got fans of the film and the filmmaker expressing opinions on what shape the script should take.

Adetiba was quick to inform fans that she’s afraid to share the script with anyone including the actors saying she might need to have the crew and cast sign the non-disclosure form.

“I’m even afraid to share the script with ANYONE at this point. Even folks that NEED to read it. But, as I’ve mentioned before, even if you manage to get your hands on a script, NO script will have the final scene. And we will shoot 3 alternate endings…Cos I don’t trust y’all

“Hmmmmmmmm… With the way y’all are acting, I definitely will need a lockdown on the KOB 2 set, with everyone signing airtight NDAS.”

She also dropped hint on how she intends to conclude the story, which has had several Nigerians in and outside Nigeria talking.

“I just figured out how I want KOB 2 to end,” she tweeted. She went on to say, “Damn near at the end of the script and the ONLY thing that had us stomped was a fitting ending. Now we got it!!! However… It’s so good, we’ll have to keep it secret and out of the official script even given to the actors”.

The filmmaker broke all her record, which was set by ‘The Wedding Party 1’.

Adetiba’s ‘King Of Boys’ grossed over N100 million after maintaining number one spot in cinemas for seven weeks and emerged the 4th highest-grossing Nollywood film of all time.

Ebuka Obi-Uchendu told by a twitter user to focus on entertainment and stop meddling into politics ; He replies.

Media personality, Ebuka Obi-Uchendu, was dragged into an online exchange with a Twitter user today, February 25. The drama started when Ebuka commented on the ongoing trial of former PDP National spokesperson, Olisa Metuh, who was today, found guilty of money laundering. Ebuka in his […]