Oculus announced on Monday that it was taking Quest hand tracking to “the next phase.” The feature goes into general release with the next firmware update due out later this week. Developers working with the hand-tracking SDK can submit new games or updates implementing the […]

A woman has been stamped to death during a struggle for COVOD-19 palliative shared by the Rivers state government in Elele Kingdom, Ikwerre Local Government Area of the State, Vanguard reports. The deceased, a 62-year-old woman identified as Mrs. Florence Onuobodo arrived at the venue […]

Lifeguards are desperately searching for former WWE superstar Shad Gaspard after he went missing during a swim at Venice Beach on Sunday, May 17.  According to TMZ, the American wrestler and his 10-year-old son were among a group of swimmers caught in a strong rip current […] 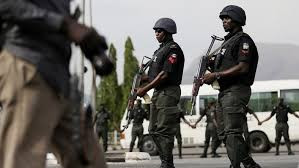 The Kwara state police command have arraigned a housewife, Mrs. Odunayo Olaniyi, before a Chief Magistrate Court in Ilorin, the state capital, for allegedly faking her own kidnap and that of her 10-year-old son, so as to extort half a million naira from her husband. The Prosecution Counsel, Insp. Nasir Yusuf, told the court that on September 19th, the complainant, who is also the defendant’s husband, Segun Olaniyi, who works at the Kwara Road Traffic Management Authority, Ilorin, reported the case at the Anti-Kidnapping Squad, Police Headquarters, Ilorin. Yusuf said Segun told Police that he received a message from his wife, Odunayo, that she had been kidnapped. He alleged that Odunayo also told him that their 10-year-old son had also been kidnapped and that the abductors were demanding for N500,000. The police prosecutor said that during discreet investigation, the Police discovered that Odunayo and two others, Abdulrauf Folorunso, and Afolabi Adesina, had stage-managed the kidnap. He told the court that the offence, contravened the provisions of sections 9, 14, and 12 of the Kwara State Prohibition of Kidnapping Law 2010. Odunayo and her alleged accomplice, pleaded not guilty. The court ordered that the trio be remanded in a correctional centre.The post Woman fakes own, sons kidnap, seeks N500K ransom from husband appeared first on Linda Ikeji Blog.

Patoranking can’t Get Enough of his Adorable Little Girl

Patoranking is a loving father who never passes up on an opportunity to appreciate his daughter Wilmer. The music star recently took to Instagram to share a heart-warming photo of him doting on his daughter. Patoranking who welcomed his daughter with his girlfriend in 2018 […]

âThe Flashâ actor Logan Williams died of Fentanyl overdose at the age of 16, His mother reveals

Logan Williams, a young Canadian actor who played Barry Allen on CW’s “The Flash,” died on April 2 at the age of 16, and his mother has revealed that his death was caused by a fentanyl overdose.  Logan's mom,  Marlyse Williams disclosed this during an interview with the […]

Oculus announced on Monday that it was taking Quest hand tracking to “the next phase.” The feature goes into general release with the next firmware update due out later this week. Developers working with the hand-tracking SDK can submit new games or updates implementing the […]