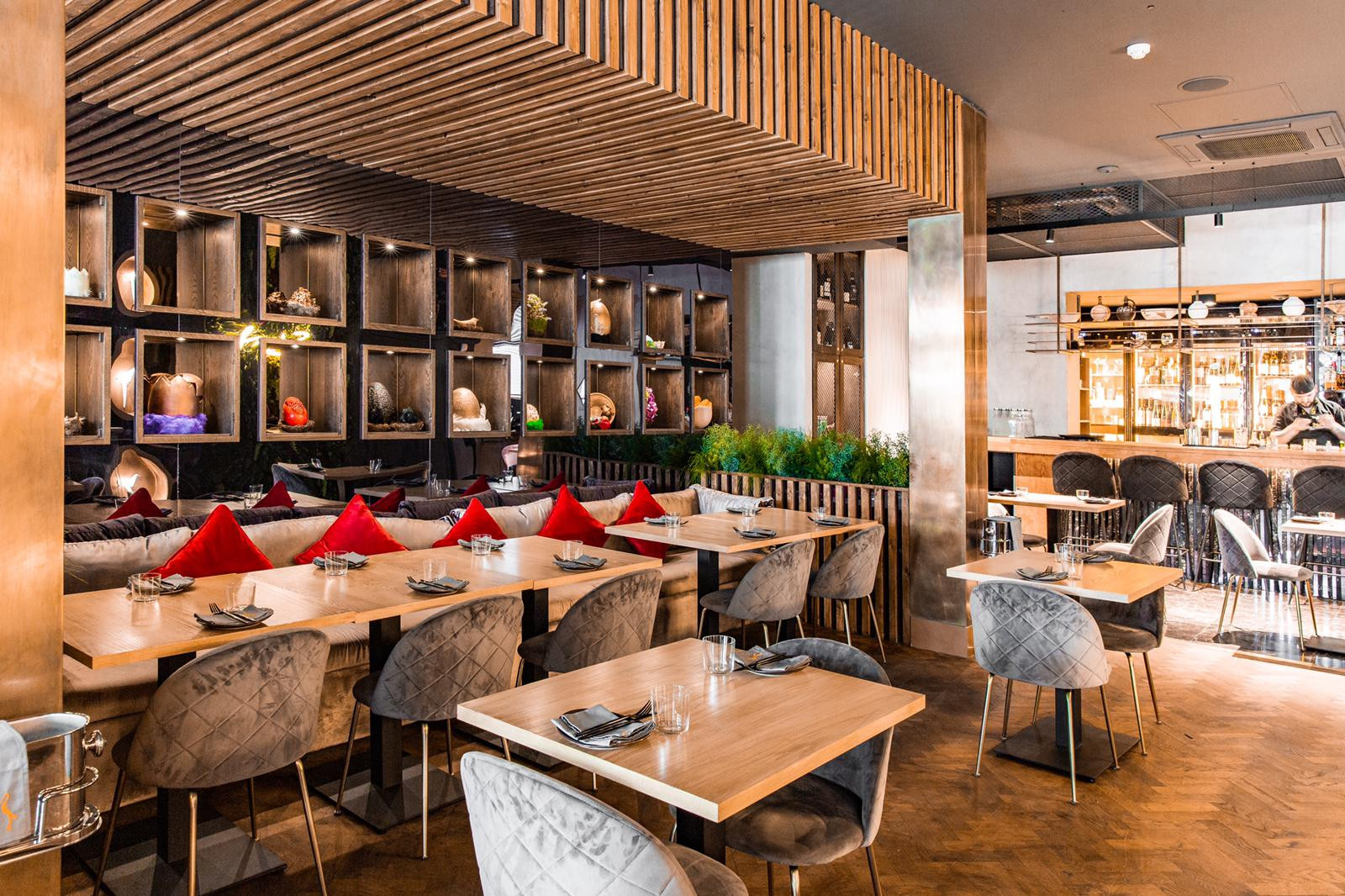 A new restaurant has taken flight in Mayfair, with the very recent opening of Stork at the end of April. Stork is a fresh concept that puts the spotlight on fusion dining at its finest; modern British infused with the essence of West Africa and Eastern Europe.The restaurant itself is located on Cork Street, just around the corner from Burlington Arcade in the heart of Mayfair and has seating for 120 spread across two floors that our littered with amazing themed interior design and plenty of stork themed memorabilia. Both floors are available for private hire for up to 60 guests with the top floor hosting weekly DJ sets. 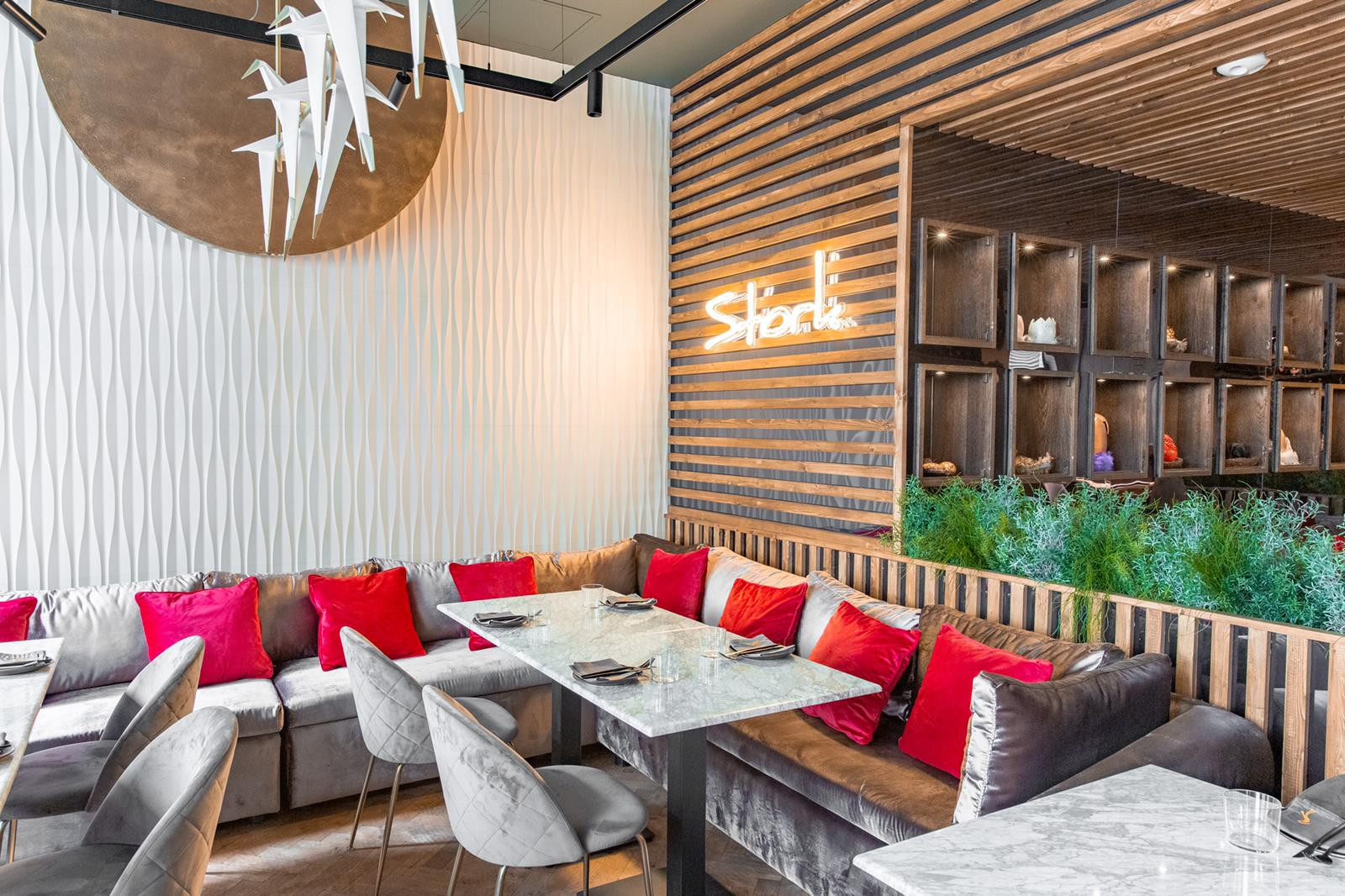 The story behind the restaurant’s concept follows the flight of the namesake stork on its journey from East to West; Eastern Europe to Western Africa. The menu’s global influences are collected along this journey, gathering taste inspiration and flavours from the countries in the Stork’s path. A true migration of taste.Michael Uzor Kalu  and Nadina Grigoras , the partners behind the restaurant, have taken inspiration from their own backgrounds. They bring the concept of the restaurant to life. From successful tech entrepreneurs and wine developers, to restaurant pioneers, they want to share the love of their heritage and respective national cuisines with a wider audience. 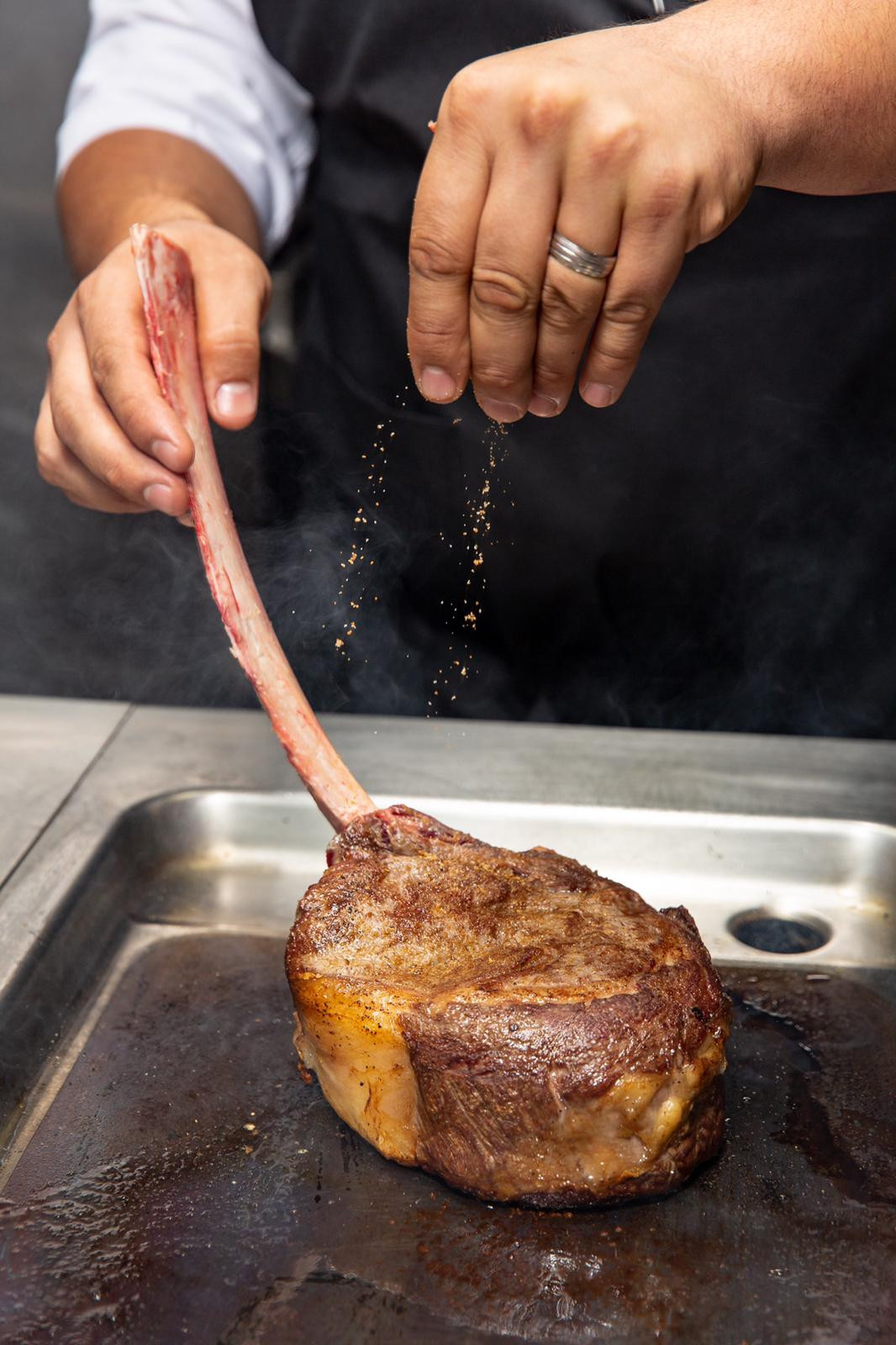 Founder, Michael Uzor Kalu felt the London food scene was missing the authentic west African cuisine he knows and loves and commented: ‘There is nowhere in London to experience the true flavours of West Africa, little is known about West African or Eastern European cuisine and Stork brings these global flavours to London’. Stork offers a unique dining experience, a true taste sensation from a global cuisine’.Chef Adebola Adeshina heads up the kitchen and menu development at Stork. Adeshina has a portfolio of fine cuisine experience, starting work at Aubergine under Gordon Ramsey for six years, followed by Marcus Wareing. The kitchen at Stork has become a stage for Adeshina and his team to work their magic and bring the fusion cuisine to life. All dishes are made fresh on the day and ingredients are sourced locally. 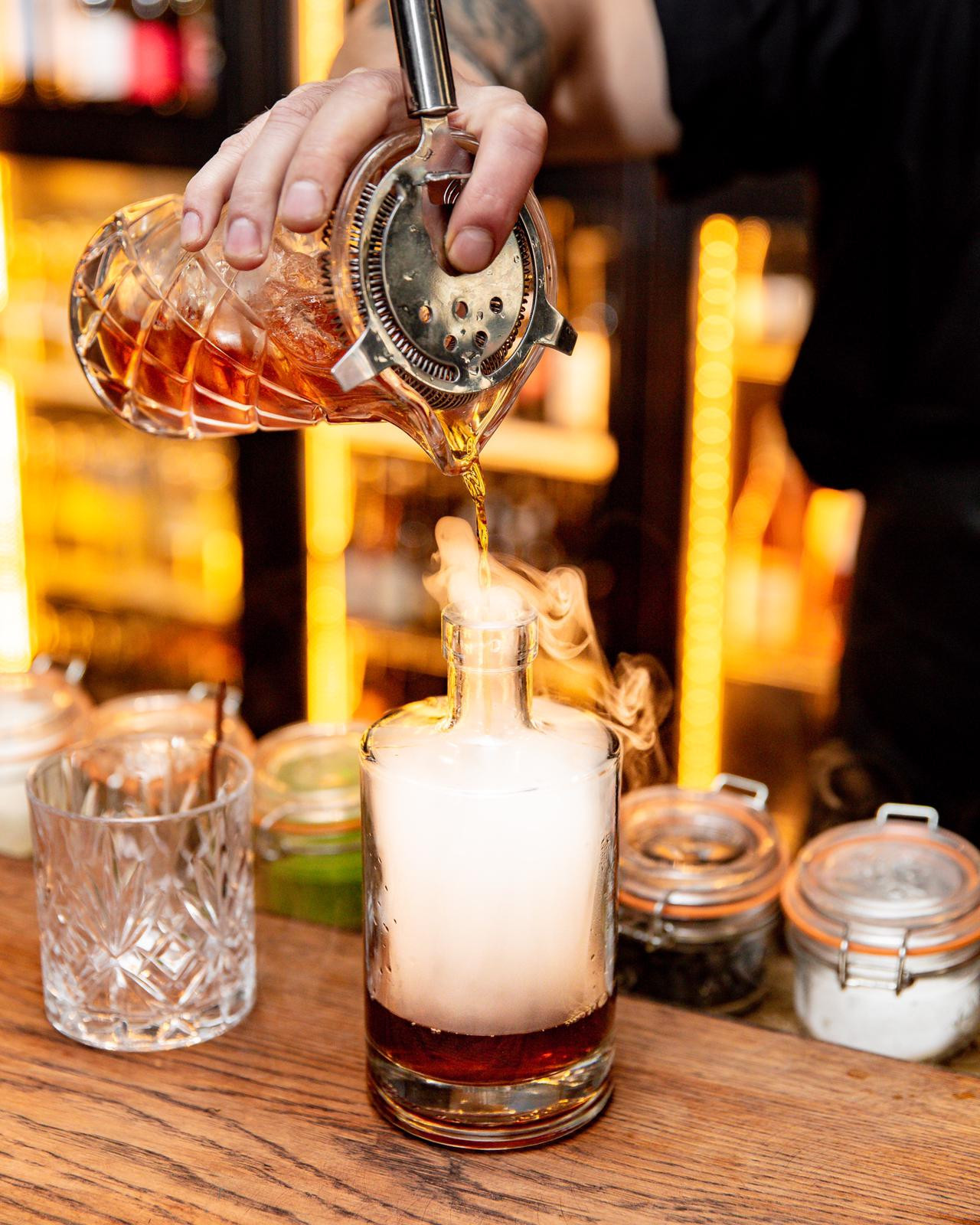 Seasonality is a central component of the menu and the dishes on offer reflect this in the variety on offer. Adeshina says ‘Stork is all about using the best produce whilst catering to all customers with diverse palates. There are so many flavours to be explored from around the globe and Stork brings these to the table’. 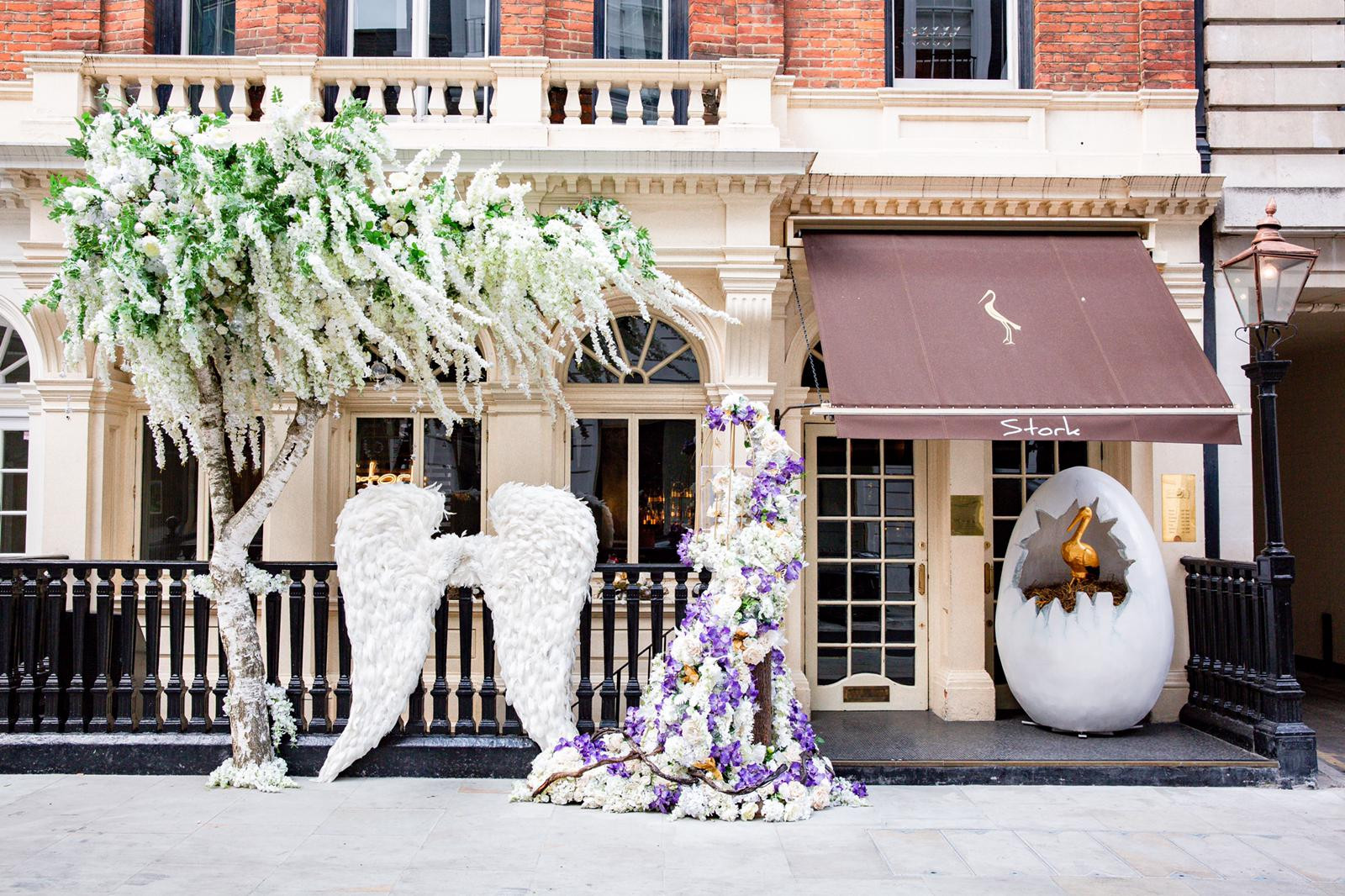 Some of Stork’s signature dishes include a Suya spiced Tomahawk Steak, a lobster bisque using moi moi and an Eastern European pizza called Picinte that Stork makes using Talima cheese. Other menu highlights include caviar from Exmoor and locally sourced Oysters from the UK. Stork are proud to say that all their food is sourced from local suppliers in the UK that include Macken Brothers, Entremetier and the Aguistino Brothers. 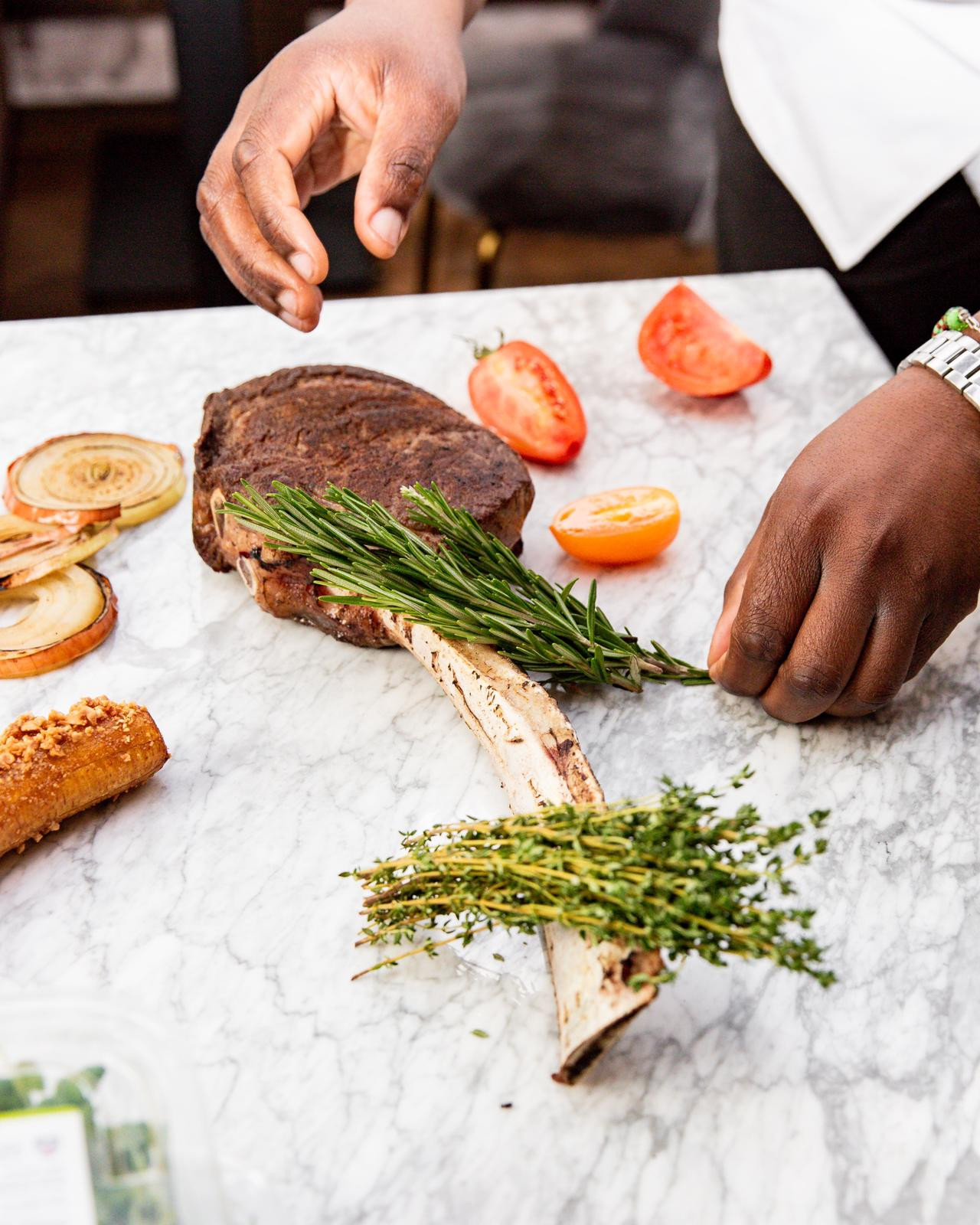 Join the flight of the Stork on a journey of global taste and flavour.The post World Class Stork Restaurant Opens in London appeared first on Linda Ikeji Blog.