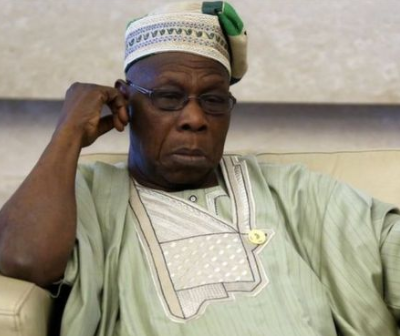 Former President Olusegun Obasanjo has advised Nigerians evacuated from South Africa following the xenophobic attacks on foreign nationals in the Rainbow Nation to get ready to go back saying he's confident the meeting between President Buhari and Cyril  Ramaphosa, next month will yield a positive  outcome.   Obasanjo who spoke on Saturday, September 28th in his Abeokuta residence said Buhari and Ramaphosa should be ready to make the right statements that would encourage the Nigerians who returned home to go back to South Africa.When asked by reporters what he discussed with Ramaphosa last week, he said, “I took the opportunity of being in South Africa to actually pay a courtesy call on President Cyril Ramaphosa and he quickly granted me the opportunity.One of the major things we discussed was this issue of xenophobia or Afrophobia.  “The President told me that there was so much at stake and whatever mistake we had made, we had to correct it. And I think that was a very good statement and I know that he meant it, because he immediately said ‘what can we do or should we do?’Obasanjo also advised South Africans to tread softly on the issue of foreigners seeking opportunities in their country.“The idea of thinking or saying that foreigners are taking your jobs should be killed, because most of these foreigners paid something into the country. I met more than two Nigerians who are doing legitimate businesses and the turnover runs  into millions of dollars  and they employed 50 to 60 South Africans.    “All these must be expressed and must be shown that Nigerians in South Africa are not drug peddlers and  criminals; there  are many of them that are genuine businessmen and professionals and who are making meaningful contributions  to the economy and the social life of that country.  “I think that is all we must be doing and be saying and  my joy is that President Cyril Ramaphosa is ready to do what needs  to be done to stop these  incidents and to put the relationship between Nigeria and South Africa on the right track. One of the things they are going to do between South Africa and Nigeria is that  they are going to have what we established during  my tenure – that we called  bilateral commission.”On the Nigerians evacuated from South Africa, Obasanjo said,  “I hope  they will  go back to the South Africa from what I heard from President Ramaphosa. Like I  said, the meeting that President Buhari and President Ramaphosa will have during the  first week of October should smooth the ground. And the right statements  and the right action coming from both sides should encourage our people to go back.But, as I have always said that Nigerians living outside Nigeria must try to be good citizens of wherever they live.”  According to him, Ramophosa is ready to bring back the mutual understanding between Nigeria and South Africa. He said, “I believe the President of South Africa did the right thing to quickly send emissaries to apologise to the countries that were affected (xenophobic attacks), countries like Nigeria, Zimbabwe, Zambia and Mozambique and I think this was good.”The post Xenophobia:Obasanjo advises Nigerians evacuated from South Africa to return to the country appeared first on Linda Ikeji Blog.