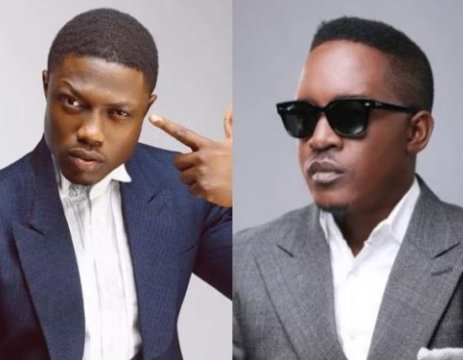 Nigerian hip hop and rap game is alive once again and the major players are all having a swell time digging deep at each other. MI Abaga finally responded to Vector, and claimed that he’s been targeted all these years by Vector just because of mere 'jealousy and hatred'. He also reveals Vector is the only rapper in the industry that is selfish, the only rapper in the industry that hasn’t helped anybody to become something tangible. MI also accuses him of being someone that uses people and dump them in the aftermath and to crown it all, he finally drops a track to respond to Vector’s diss.MI wrote, “The Viper has hated me for years as is its inevitable nature. The serpent has been thus since the beginning of time. Would always smile in my face but I could smell the envy and bitterness. Whatever he may use as his excuse for his career long actions it is simply jealousy beneath it all. This is why his career has never quite taken off and he has never lived up to his obvious potential.Search my tweets, or interviews you will see me praising him over the years, how come he has never said one good thing about me.. ever. Instead of responding in hate I have chosen to give the snake the secret to my success.. ‘help people’.“You are the only rapper that has done nothing to bring anyone else up.. from your first producer LayLow to your former manager Michael (who now works for CC btw) to AQ your friend that year.. all you do is use people.. Olamide has given so many a platform, Ice Prince the same, Falz just an all round angel, Reminisce bringing up young legends.. don’t even compare yourself to me..”  “I am a fucking industry on my own!! see this is why you have always been a tier beneath the rap aristocracy! Because you are a jealous and envious person. Your fans are great sha.. because despite it they love you so much.. I pray you open your heart and let the message from God through me in.. it is time for you to live up to your full potential.. to enlarge your coast my son..enlarge your heart , your music brand and career will blossom Listen to the song below….The post Your hatred andbitterness is the reason why your career is dead MI Abaga finally responds to Vector and fans are loving it appeared first on Linda Ikeji Blog.